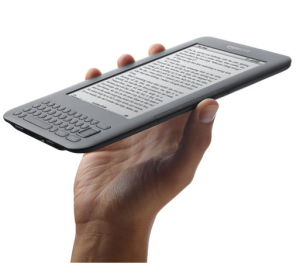 Amazon.com has applied for name and logo trademarks for its hardware group, Lab126, in what’s become another clue that the company is about to release a color-screen, Android-based tablet.

The trademark applications were filed Aug. 16 for “design and development of computer hardware and software” and were discovered by GeekWire over the weekend. The company’s logo, included in the trademark filing, is a bit of a Rorshach inkblot test, but it looks an awful lot like the universal power button (image below to the right). 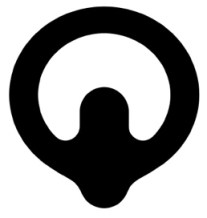 Lab126 has been around since 2006, so it is interesting that trademarks for that name and logo are just now being conducted. The trademark filings don’t specifically indicate that the Lab126 logo will be a part of the Amazon tablet, but they do show Lab126 is about to get serious. There’s been a slow trickle of evidence since earlier this year that an Amazon tablet is in the works. The Wall Street Journal reported back in July that an Amazon tablet could come by the end of October, just in time for the holidays.

Another bold clue for a new device is the Lab126 website, which shows the evolution of Kindle design, ending with a blank rectangle titled  “the next revolution.” This could just signal a new touchscreen Kindle, but the company is behind all of Amazon’s hardware, so that blank rectangle could be a number of other Amazon devices in the works — including a tablet or even music players.

Interestingly, Lab126 is hiring several Android-based positions. The group is located in Cupertino, strategically close to Apple (Amazon HQ is in Seattle).

The Amazon tablet will compete with Apple’s iPad, however Amazon will be working hard to make it’s tablet unique. WSJ interviewed people who had seen the Amazon device (back in July), and they noted it didn’t have a camera. This could have changed, since the tablet will certainly have gone through several iterations since the article was published, but the lack of a camera indicates Amazon is less concerned with video chat than Apple. Amazon will probably focus more on its e-commerce platform, cloud computing infrastructure and media market place of digital books, movies and television shows. But no camera also means lower price (Amazon’s tablet could go for as low as $250), which could encourage holiday shoppers to opt for Amazon over Apple.

Barnes & Noble and Kobo are gearing up for their holiday marketing campaigns and it will be interesting to see how they position their products before and after Amazon’s touchscreen Kindle and tablet are released. Amazon will have one less big-name tablet to compete during the holidays, since HP is no longer making the TouchPad.