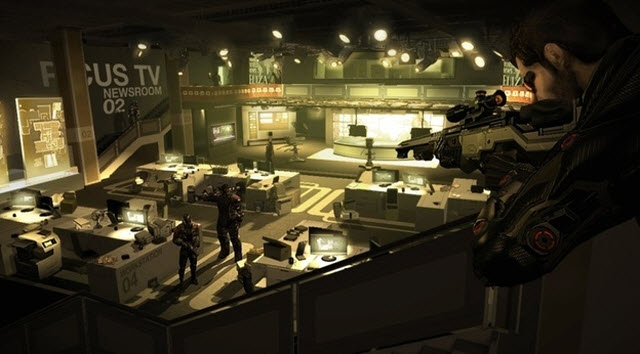 When it comes to science fiction worlds in the video game industry, there are just too many of them. For new video game creators, it’s getting harder to be innovative in the art design. 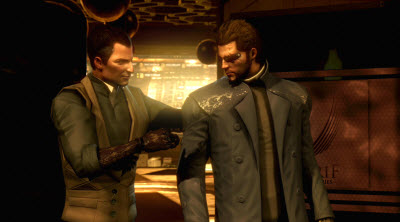 That was one of the problems facing the developers at Eidos Montreal (owned by publisher Square Enix), which created the big budget sci-fi game Deus Ex Human Revolution, which debuts on the Xbox 360, PC, and PlayStation 3 today. A considerable part of the cost of this game, which was in the works for more than four years, was its art budget. Deus Ex Human Revolution is turning out to be critically acclaimed — it has a high average score of 89 out of 100 on review aggregator site Metacritic — and it stands out as a unique title in a rather lackluster summer for games.

The game’s designers wanted to push the art style of the game to new heights. But when they studied what came before them, they found lots of cliches that could turn off jaded gamers, said Jonathan Jacques-Belletete, art director on the game. The Deus Ex Human Revolution experience shows how the team avoided cliches and capitalized on its investment to make something original. Essentially, the artists had to conceive an entire world to become the home for the science fiction story. 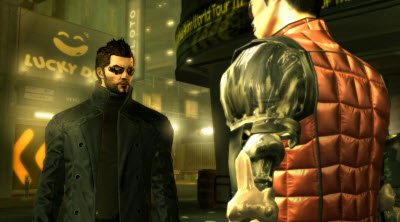 The problem isn’t just that there are too many worlds. It’s that there are too many memorable sci-fi worlds. The movies have given us a great deal of variety, including Star Wars, Battlestar Galactica, Star Trek, Blade Runner, Road Warrior, Minority Report, and Avatar. On top of that, there have been lots of huge hits in sci-fi video games, from Halo to Resistance: Fall of Man. Lots of those games are set in post-apocalyptic worlds, as evident in the environments of Fallout 3 and DeadSpace.

Blade Runner was so similar and so memorable that the art team went out of its way to avoid it.

“We wanted to infuse our own voice and essence,” Jacques-Belletete said. 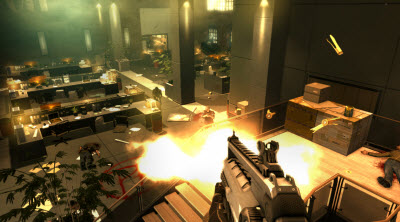 Jacques-Belletete says he started with two principles. One was to emphasize illustration over simulation. He didn’t want everything to look real. He didn’t want people to mistake a scene for the game with a photo. Rather, he wanted each scene to look like someone painted it, sort of like the recent Assassin’s Creed games from Ubisoft.

Deus Ex Human Revolution is the third game in the Deus Ex series that debuted in 2000. Deus Ex Invisible War followed in 2003. The latest game is actually a prequel, set in the year 2027, a full 25 years before the events of Deus Ex. In Deus Ex Human Revolution, the world enters a time of confrontation and debate about the benefits and limits to augmenting humans with technology — an age dubbed the Cyber Renaissance. The player has to solve a conspiracy that stretches across five cities, including Shanghai, Detroit and Montreal. 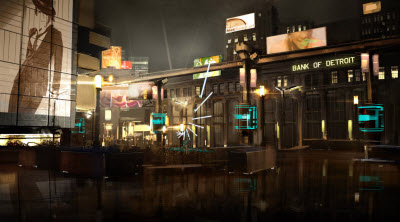 Jacques-Belletete didn’t want to imitate the dark and gray post-apocalyptic worlds, where the distinctions between sci-fi worlds seem so minute. So his team came up with a black and gold color theme that is used throughout the game, giving it an instantly recognizable style. That shade of gold and black is visible in all sorts of scenes, with the gold showing up in the form of street lights or office lights. Gold is a symbol of the humanist Renaissance. Black is about the darkness coming for the dystopian world.

The gadgets of the world took their inspiration from the real Renaissance and the art of Leonardo Da Vinci. In many of the scenes, there is a blend of modern and Renaissance eras. There’s a touch of cyber punk as well, where old mechanical styles blend with modern technology. But the gold and black are so pervasive in the game that you can understand why the main character, Adam Jensen, always wears sunglasses. 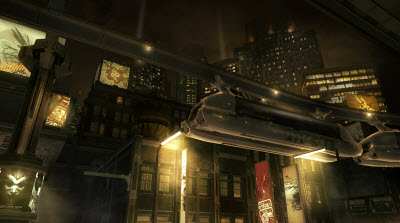 “We were quite stoked about that,” Jacques-Belletete said. “The Cyber Renaissance put a coating over a game world.”

The game designers also infused the Renaissance and Baroque styles into the fashion of the game world. They had to create wardrobes not only for soldiers but for all of the characters in the game, as well as minor characters. The designers also had to make the world look believable, so they created around 1,300 random items from paper files to bottles of water. That added to the realism of the game. The artists also created more than 100 brands and corporations in the game.

“It’s all in the details,” Jacques-Belletete said. “Photorealism means that if you have a prop in the background, like a hat, it has to look realistic. The goal is to create emotions for the game that they can remember in the future.”

Here’s the launch trailer for the film, so you can see how well the artists succeeded in their vision for the sci-fi world.