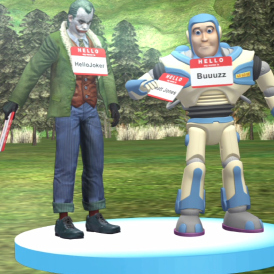 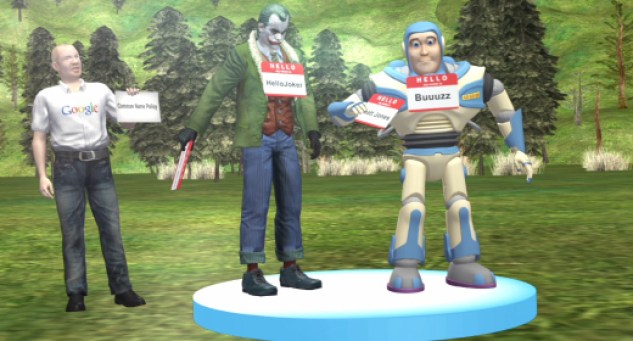 No matter how popular or widespread your online nickname is, Google+ won’t let you use it. Now a humorous video explains why.

“Nym Wars” is the clever nickname several bloggers are using to describe the conflict between Google+ members and Google’s policy of requiring all account holders to list their real names, since using a pseudonym or nickname is against the company’s terms of service.

If you’re wondering what would possess Google to adopt such an unpopular policy, look no further than Taiwan’s Next Media Animation, which produced a humorous video explanation (embedded below) of the Google+ real name strategy. To better illustrate the situation, NMA decided to use avatars that look strikingly similar to Batman villain the Joker and Toy Story’s Buzz Lightyear.

As the video notes, everyone must use their real name on Google+, with the exception of celebrities, public figures and really popular Google+ accounts. It’s unfortunate for people who have become better known for their internet pseudonym than their real name, such as Andrew Sorcini.

Most people on the web know Sorcini as “Mr BabyMan” — a pseudonym he first adopted for use on community news sharing site Digg, where he arguably became the most popular user.

“Ever since I started using Digg, I reinforcing that (Mr Babyman) identity across all other social networks, which is why it’s important to me for Google+ to allow pseudonyms,” Sorcini told VentureBeat.

Sorcini, who is followed in over 1,600 Google+ Circles, said he imagines that he would have a larger following if he was allowed to use the Mr BabyMan pseudonym rather than his actual name. Fortunately, his profile photo (a yellow traffic sign with a stick figure image show digging) is familiar enough for most people to identify him on Google+, he said.

Anyone in a similar situation might be angry, which is all the more reason to watch the NMA video embedded below.