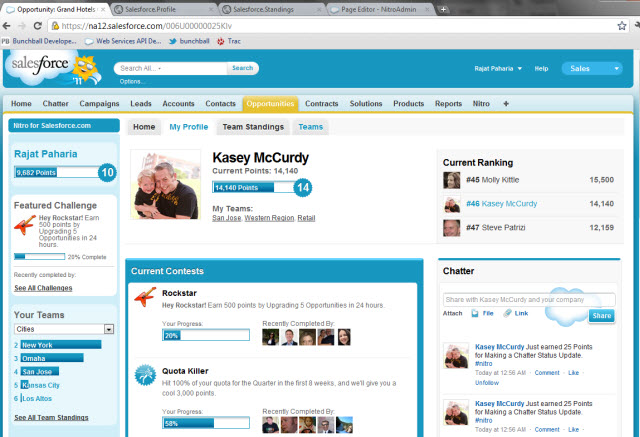 Bunchball is trying to “gamify” every web site in the world via tools that make sites more game-like. Its new Nitro for Salesforce.com uses game-like rewards to motivate salespeople, driving up adoption, engagement and performance among sales employees. 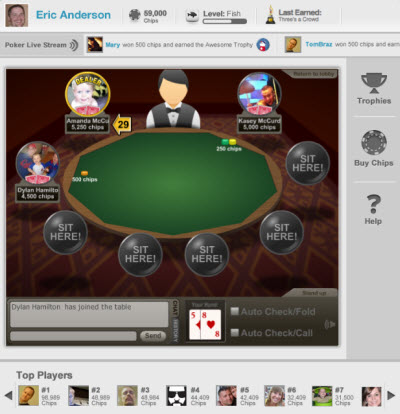 The San Jose, Calif.-based company is also launching Nitro Elements, a stripped-down version of Nitro that allows site owners to post simple games such as poker through widgets. Web site owners embed the widgets in their web pages and let users play games with site-oriented goals as the rewards. You can, for instance, play online poker directly on the site. If you want to get more poker chips, you have to perform an act that the site owner wants, such as watching a video.

With these simple point solutions, companies can experiment with game mechanics that can be deployed quickly and inexpensively, said Rajat Paharia, founder and chief product officer at Bunchball. Bunchball has a number of games from the days when it was a social game company. It is taking titles from that library of 30 or so games and is making them available to customers.

“We learned that some people want some deep gamification and some want it light,” Paharia said in an interview. “We took some best practices and offered a slice of the overall platform with Nitro Elements.” 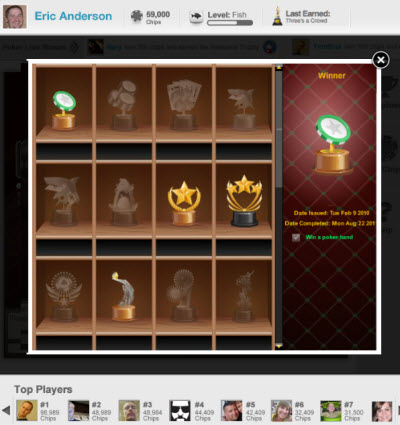 Nitro Elements has two different apps available. One is called FanBox, which lets companies reward users for completing actions like tweeting, watching a video or sharing content on Facebook. The app can be deployed in a matter of minutes with little or no technical expertise. FanBox is priced on a usage basis, so marketers only pay when users take actions.

Also, part of Nitro Elements is GameBox. The app is designed to help companies increase daily visits, lengthen time spent on the site and improve monetization via simple online social games like poker. Users receive a daily allotment of chips for visiting the site and can buy additional chips with real money.

“Clearly, social networking has exploded,” Paharia said. “We can take it to everyone.”