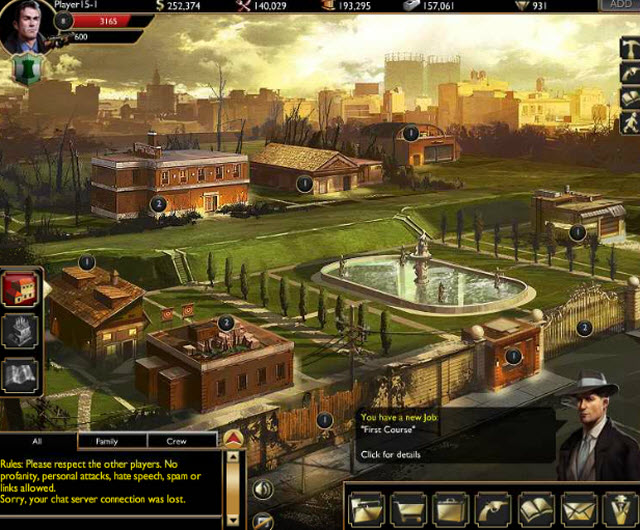 Kabam is going Hollywood. The hardcore Facebook game publisher is announcing today that it has a deal with Paramount to make an empire-building social game based on the Godfather mafia films. The new game is called The Godfather: Five Families and it will debut later this fall. 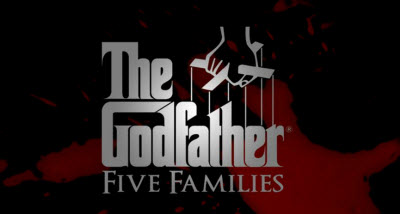 The title is a big departure for Kabam, which has relied to date on its own original titles. But this Godfather title is going up some very established competition such as Zynga’s Mafia Wars game on Facebook. So Kabam secured an official license from Paramount Digital Entertainment, the owner of the Oscar-winning Godfather films created by Francis Ford Coppola starting in 1972. Electronic Arts made two high-profile video games based on the Godfather series, but this is the first time such games will be made on Facebook, the largest social network with more than 750 million users. About 4.8 million of those users have become fans on the Facebook Godfather page.

That’s why Kabam has pulled out the stops on the game, dedicating a large team to work on the title over the past six to nine months, said Larry Koh, general manager of one of Kabam’s game studios in San Francisco and executive producer of the game, in an interview. 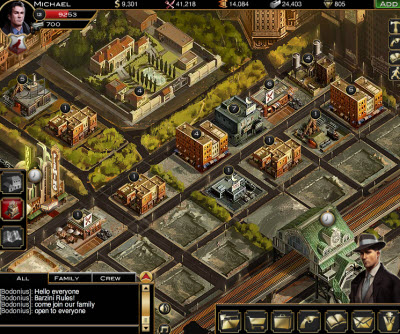 “We felt there was an opportunity for a true massively multiplayer online game,” Koh said.

Film-based video games have largely fallen out of favor with fans, who have become tired of superhero games, and with publishers, who balk at the costs of making the games and security the license. But Facebook games can be made for a lot less money. And the timing for the license worked out well since Paramount was looking for a way to introduce the film to younger viewers via social networks.

The Godfather theme has been overlaid on a crime family expansion game set in 1930s New York City, with art that accurately depicts that period in history, Koh said. The browser-based online multiplayer game is set in the Prohibition era, preceding the timeline of the films. The Godfather ranked No. 2 on the American Film Institute’s list, “100 years … 100 movies.” The films won nine Academy Awards, including two for Best Picture. 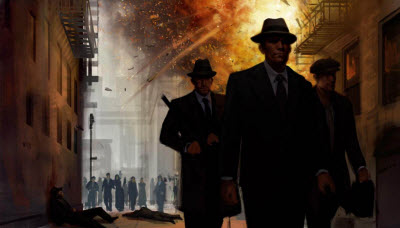 “We want this game to be very authentic,” said Koh, who previously worked on The Godfather games at Electronic Arts. “We’re taking our players back to 1930s New York.”

Kabam is a good company to undertake this game because it has had great success reaching hardcore gamers on Facebook with other empire-building games such as Glory of Rome, Global Warfare, Dragons of Atlantis, and Edgeworld on Facebook. Kabam’s audience is under 10 million users, but those players tend to spend a lot of money on virtual goods in the games. About 90 percent of the players play six or seven days a week, with average session time lasting four hours. 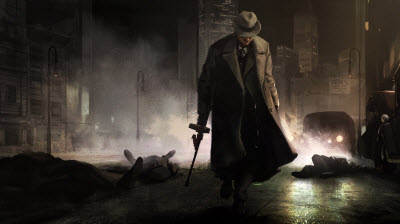 It won’t be easy for Kabam to take on Mafia Wars, which has more than 20 million monthly active users. Kabam’s games aren’t graphically awesome in terms of moving animations, but they are very social, with many players joining alliances and fight simultaneous battles in real-time. But the games do feature some very cool and realistic still frame art, like those pictured in this story. And they stand out in terms of the ability to communicate and play with other players at the same time, despite the computing limitations of games on Facebook. Kabam has added interesting animated effects, such as clouds floating above the city and trains rolling through the city.

“Our ability to make this different from other crime games is based on pushing heavily on synchronous play,” Koh said. 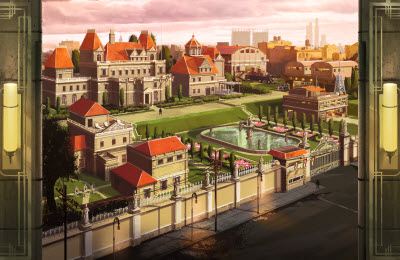 Kabam is going to apply that same kind of successful empire-building game mechanic to The Godfather. Players can join one of five crime families that battle for money, power, and respect in the neighborhoods of New York. Within the families, players can join “crews” of players, and eventually try to become the“Don,” or head of the crime family. Players have to recruit friends, build resources, and fight other factions for control of territory in New York City. Kabam says it will add new social game play features designed specifically for the game, theme and story. The story is an open-ended one that will allow players to create their own destinies.

The game’s reward system will encourage activity, player-versus-player combat, and family-versus-family battles. Koh said that Kabam created a new game engine to power the Godfather game. Players start with a family estate and they can make it more ornate by progressing through the game. Players have to create their own army of mobsters, with specialists ranging from machine gunners to 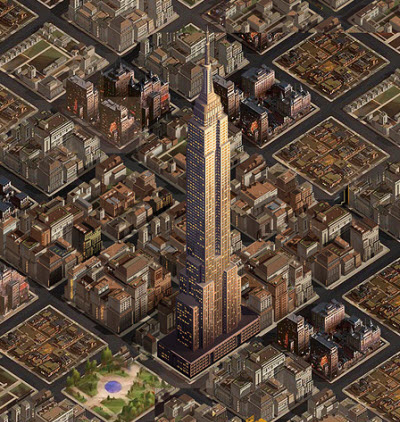 professional hit men. Each instance, or region of the game, can handle about 75,000 players. Koh said that the game differs from other Kabam titles in that players with less experience will be motivated to attack players with a lot of experience.

Kabam has opened registration for a closed beta test of the game. Beta tests are expected to begin in several weeks. The title will be free-to-play, where users can play for free and pay real money for virtual goods.

Kabam was founded in 2007 as Watercooler and funded by Betfair and Canaan Partners. It had around 20 employees for quite a while as it experimented on Facebook, making sports fan pages and sports games. It had a big hit with its first major role-playing game, Kingdoms of Camelot, which quickly pulled in millions of users. The game still has 1.5 million monthly active users 19 months after its launch. Kabam also acquired WonderHill, a San Francisco game company that developed Dragons of Atlantis, which has become Kabam’s most successful game to date. The company has raised $125 million to date.