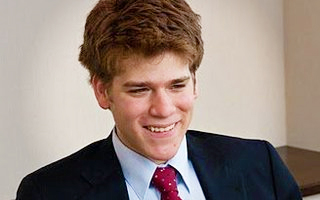 Web development and basic coding skills shouldn’t be the mysterious domain of a handful of overpaid engineers, and if the Codecademy founders have anything to say about it, the boundaries of that domain will soon be rapidly expanding.

This small group of young hackers entered the most recent class of Y Combinator startups and built a company that aims to teach anyone how to code.

Their interface is simple and even fun to use. Their traction is through the roof; Codecademy.com has seen more than 250,000 visitors in the first four days since launching. Those visitors spend around an hour each on the site, and together, they’ve completed more than 2.75 million coding exercises. The young startup could change the world by changing the way ordinary people think about coding.

The site is free to use. It’s social — you can learn along with your friends — and incentivized with badges and friendly competition. Learners can also track their progress through the various lessons on the site. Best of all, the site is completely interactive. If you’ve ever had to sit through college lectures, screencasts or coding tutorials, you know what a boon interactivity is to learning web development.

“Codecademy leverages the best of the web and brings it to online learning,” said co-founder Zach Sims to VentureBeat.

“This is the first time programming has been truly democratized. It’s available to anyone with a computer and it’s easy to follow. We think creating a new generation of programmers will help to raise employment and the standard of living for those individuals. It’s preparing the world for the future.”

Sims said he struggled with learning how to code. Taking classes, reading books and watching videos weren’t sufficient learning tools — a fact many would-be developers can relate to. Oftentimes, a student of programming needs to learn by doing, but the most basic building blocks of coding just aren’t accessible enough to pick up and play with from the start.

“Web development is definitely hard,” said Sims, “and I think that’s why tons of people end up looking for a ‘code monkey’ in lieu of learning themselves.”

Also, Sims noted, “While the entrepreneurial community has exploded within the past year or two, there’s a constant shortage of developers and a tremendous number of businesspeople trying to learn to code … Programming literacy is going to be an incredibly important skill in the next few years, and we hope we can bring that to new groups of people.”

Part of those new demographics is an expanded age range. Sims and his colleagues estimate the site could easily be used by anyone between the ages of 12 and 50, and right now, he said, “Most of our users are probably 15 to 30.”

So far, the site includes just eight Javascript lessons. “Adding more content will be key to retaining those people and attracting other, more advanced developers,” said Sims. Around 200 developers have been in touch with Codecademy about adding their own content and lessons to the site.

Sims said learners can expect more Javascript lessons first. The courses will then expand to cover other languages based on popularity within the community. “We hope to have hundreds of lessons online within a few months,” Sims said.

Also, the founders plan to add support for 10 spoken languages by the beginning of September. “We’re internationalizing the site to ensure the entire world can get access to our content,” said Sims.