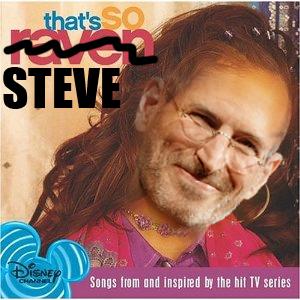 Steve Jobs shifted the technology landscape countless times as Apple’s CEO. Now that he’s retired from that role, we’ll also miss the many great moments that his singular personality has brought us.

What follows is a collection of our favorite Jobs moments, which may or may not have to do with technology, but offer a glimpse of insight into one of our greatest modern minds.

Steve says Microsoft has no taste

Jobs made it clear that he respected Microsoft’s success, but was saddened by the company’s complete lack of taste, in the 1996 PBS documentary “The Triumph of the Nerds: The Rise of Accidental Empires.”

Elegantly cutting down the competition, that’s so Steve.

Elsewhere in The Triumph of the Nerds, Jobs discussed how important Microsoft’s contributions to the first Mac were:

“Microsoft took a big gamble to write for the Mac. I brooded for a few months, but it was not very long after that that it really occurred to me that if we didn’t do something here, the Apple II was running out of gas, and we needed to do something with this technology fast or else Apple might cease to exist as the company that it was.”

Microsoft made its Office suite available on the Mac in 1989 before it even landed on Windows. The Mac Office suite continues to be a huge moneymaker for MS.

Microsoft’s second big Apple save came during Macworld Expo in 1997, when Bill Gates appeared on screen to announce that MS would be investing $150 million in Apple. The audience of Apple fans wasn’t exactly welcoming to Gates, but without the Microsoft deal Apple likely wouldn’t have been able to rebound as quickly in the late 90’s. Yes, you can thank Microsoft that Apple survived long enough to develop the iPod and iPhone.

Having the humility to let his sworn enemies save Apple, that’s so Steve.

Jobs’ 2005 Stanford commencement speech is one of his most cited works, perhaps because it’s one of the few times he’s opened up and given us a glimpse at his life philosophy. Throughout the speech, which is a must-listen, Jobs discusses why he dropped out of Reed College, love and loss, and of course, death.

Being vaguely Orwellian after producing the iconic 1984 Apple ad? That’s so Steve.

Sure, Noah Wyle may have been quite the actor on “E.R.” and “The Librarian: Curse of the Judas Chalice”, but I think it may have required all of his thespian talents to bring Steve Jobs’ personality to life in the 1999 made-for-TV movie “The Pirates of Silicon Valley.”

Below, check out the scene where Wyle’s Jobs believes that Bill Gates (played by Anthony Michael Hall) stole the idea of a graphical user interface for Windows from Apple. If that’s not so Steve, I don’t know what is. 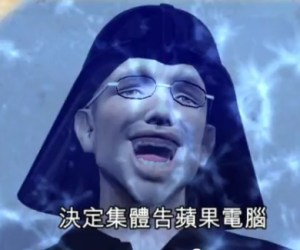 Jobs made a surprise appearance on Apple’s fourth quarter earnings call last year, seemingly just to trash the company’s mobile competitors. “We’ve now passed RIM, and I don’t see them catching up with us in the foreseeable future,” he said during the call.

As for Android, Jobs said that the notion of it being open is a “smokescreen.” He added that “it’s really about fragmented versus integrated. We believe integrated will trump fragmented every time.”

He also had choice words for companies making 7-inch tablets, because he believes that screen size is too small for useful tablet apps. “One could increase the resolution to make up for the difference, but it’s meaningless unless the thing also includes sandpaper so users can sand down their fingers.” Ouch.

Steve knows how to give presentations

It’s difficult to write an article about iconic Jobs moments without at least mentioning his product reveals. Below find our favorites.