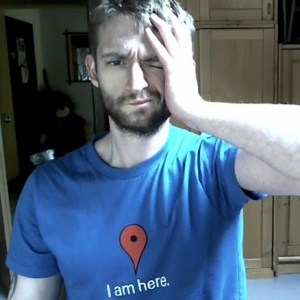 Austrian blogger/developer Florian Rohrweck, who discovered unreleased Google+ features by exploring the source code, was hired by the company, Rohrweck announced on his blog Monday.

Rohrweck is credited as discovering many Google products that prior to an official announcement, including Google Social (which became Google+), Google+ Games, Google Photos, Google+’s Shared Circles, Google Questions and many others that still haven’t been officially announced.

Google was no doubt impressed with Rohrweck’s attention to detail. The company even gave the developer a mention within an easter egg in the Google+ code.

“I’m the only contractor/employee at Google Austria (they don’t really have an office here). It was quite bumpy in a legal way,” Rohrweck said in an interview with VentureBeat. Originally, the company offered him an engineering job at Google Munich, which he declined in favor of a newly created role. “I’m more of a code modder and unorthodox in my development,” he said.

In a sense, Rohrweck created his own job.

“I don’t think a lot of people are so stubborn to hack through Megabytes of minified Javascript code. There are a few guys out there who do, or did, the same as me, but I really made some impact with my discoveries,” Rohrweck said.

In his new role, Rohrweck will probably focus on leak prevention and security as well as being a developers advocate. He won’t find out for certain until he visits the Google Munich office Monday. As for his blogging, posts about new product leaks will more than likely get put on hold.

“I will post new articles again. Not so much about leaks but more about the dark arts of mastering Google products and APIs. Or something else. Time will tell!,” Rohrweck wrote on his blog.

This is the second time in a week that a big tech company has plucked an outsider to work for them — the first being Apple, which snapped up, notorious iPhone jailbreak hacker Comex as an intern.