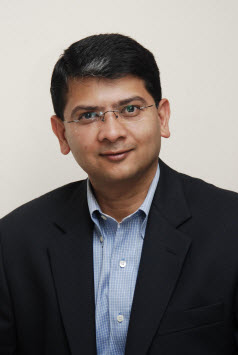 Beerud Sheth, a serial entrepreneur in India, figured out the way to reach the most people was not through computers or smartphones. It was through old-fashioned text messages on aging feature cell phones.

His Mumbai, India-based company, SMS GupShup has set up social networks in India that work via text messages. Now it has become India’s largest social network with more than 50 million users and the company is announcing today it has raised $10 million in a new round of funding.

“It’s a low-tech platform,” Sheth said in an interview. “But its weakness is its strength. It is inexpensive and reaches 5 billion users around the world. With our approach, you trade off ubiquity with richness and complexity.”

The fifth round was led by Tenaya Capital and it includes existing investors Globespan Capital Partners, Helion Ventures, and Charles River Ventures. To date, the company has raised $47 million over the past four years.

Sheth said the company will use the money to move into new markets and expand its team. That’s about taking the successful model that has worked in India and replicating it around he world. The company is expanding in Asia to markets such as Singapore and the Philippines.

With SMS GupShup, users can sign up for interest-based groups that effectively become mini social networks. If you want to receive messages related to sports, you can sign up for them. There are now five million user-generated communities, 25,000 small businesses, and 500 regional and international brands on the service. That is why the company has quadrupled its revenues over the past year and could be profitable in the next six months to nine months.

Those communities generate 4 billion text messages a month, or 10 percent of India’s text message traffic. Overall, India has about 900 mobile phones but only around 9 million smartphones. Twitter has something like 2 million to 3 million users and Facebook has 20 million to 25 million users. There are no huge rivals in the Indian market.

“There are a billion people on the internet today and there will be two billion more in the next two years,” said Venky Ganesan, managing director of Globespan Capital, said in an interview. “They will get there via mobile devices and SMS GupShup is the best way to play that trend. This company could be the Tencent of India,” a reference to Chinese social networking leader Tencent.

As smartphones gain traction, SMS GupShup will have apps ready on those platforms. Sheth previously was co-founder of Webaroo and was founded of Elance.