(Editor’s note: Greg Collier is the founder and CEO of Geebo.com. He submitted this story to VentureBeat.)

It’s no secret: Times are tough and there’s economic uncertainty on the horizon. And when that happens, everyone – from consumers to businesses to lenders – tend to tighten the grip on their dollars. For small business owners looking to gain some traction in the market, these conditions can be disastrous. Still, it doesn’t have to be this way. Business owners can market their companies and spark some interest around it – but they’ll need to be willing to take some risks on out-of-the-box ideas. 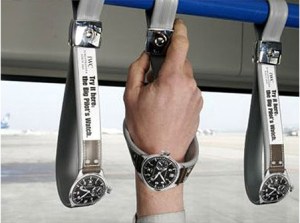 This way of thinking takes me back to the early days of my company. When Geebo was born back in 2000, it was pretty much limited to the Sacramento region, a place that I called home at the time. I operated out of my bedroom in a home that I shared with a roommate (which was also a good money saver) and had to come up with ways to get listings on the site, get people to visit the site and maintain a balance that would help it grow. And I had to do it all with a very small budget.

And so, I embarked on a series of “out-of-the-box” marketing techniques that would hopefully bring in more listings and more visitors – and eventually more opportunities that could lead to more revenue. Below are five examples of initiatives I launched that got my site rolling. They may not be ideal for your business, but if not they may spark some ideas on unusual ways to market yourself.

Barter system: As a classifieds site, one of the key segments that we needed to reach were car buyers and sellers. We needed the listings and we needed the shoppers, so I approached a local auto mall, which had a big electronic billboard along Interstate 80 in suburban Sacramento.

In exchange for advertising space on an electronic billboard that would be seen by tens of thousands of commuters on a daily basis, we created and served banner ads for those dealers in our Vehicles category. And since we were also providing auto dealers with free listings at the time, we were able to encourage those dealers to list their cars on our site, as well, for more exposure.

Colleges: Classifieds are often about finding discounted items for sale – and who knows better about bargain shopping than college students? Geebo hit the college campuses in two ways. The first was an obvious one – advertising in the college papers, a much cheaper ad that what the regional newspapers were charging. The second outreach was in the form of bookmarks and “Netcards,” or large postcards.

Virtual events: I needed a way to quickly boost the number of visitors to the site, as well as the number of listings – and so the Geebo Virtual Job Fair was born. This wasn’t an “event,” per se, like a real job fair. Instead, we convinced employers around the region – including state government agencies – to let us post their job listings on the site and then promote them as being part of a “job fair.”

At the same time, we advertised the job fair as the place to find all of the best jobs in the region in one convenient place. In this case, it was all about how the “event” was marketed, (Remember, this is before online classifieds had really gained any traction – so the idea of looking for jobs online was still pretty new.)

It was a great success in that the number of listings topped 500 (with many of those employers becoming Geebo regulars over the years), as well as a boost to our traffic numbers.

Partnerships: I always wanted a community component for my business, a way to give back. But I really didn’t know how to go about finding a worthy organization – until I came across the Keystone Club for teens at a local Boys and Girls Club. Geebo partnered with the group to help it meet its goals (which revolve around community service and career preparation) by sending the teens into the community to identify and recommend organizations worthy of a donation.

The buzz from the event caught the attention of local media outlets, which created some publicity for Geebo, as well.  In the end, I coughed up $3,000 – a $1,000 award for three of the teen-recommended organizations. We weren’t a profitable company at that point, but chalked up the $3,000 donation as money we didn’t have to spend in publicity and advertising.

In the end, the partnership was a win-win-win – a win for Geebo, the organizations that took home checks and for the teens at the Boys and Girls Club, too.

Pizza box stickers: Getting the word out about a new site is half the challenge – and so we started thinking about different ways to reach people in the community. With an investment of a few bucks for some Post-It Note types of stickers, we cut a deal with some locally owned pizza joints to place Geebo stickers on their pizza boxes.

Working with the big chains was not so easy. But the local guys were willing to place our stickers on their boxes in exchange for some free banner advertising on our site, which was reaching the same local audience they were hoping to attract. The investment was minimal – but the potential for return was great.

About the author: Greg Collier is founder and CEO of Geebo, an online classified ads site that serves cities and regions across the U.S.