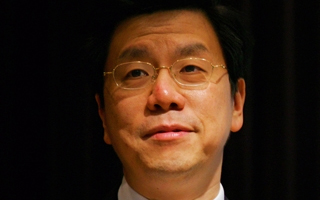 What are the distinguishing characteristics of Chinese tech company founders?

“They are just as passionate and independent as the Silicon Valley entrepreneurs, and they work even harder!”

Tonight, we learned Lee had raised a $180 million fund for Innovation Works. The funding had come primarily from large, multinational corporations with a strong Western presence and from a handful of elite Silicon Valley investors and VC firms.

“We are the leading incubator and very early-stage fund,” said Lee. “We are unique in that we have a large team of seasoned professionals to assist; we take a strong view on what areas will have the greatest growth and bet on companies with billion-dollar valuation potential; and we have a sizable fund and are able to double down on winning companies.”

Lee is one of the best known “sea turtles,” those who are born in China, study abroad and then return to China to live and work. In his travels, he had observed American models of startup incubation, such as Y Combinator, but he insisted those models would not work in China.

Education, he said, is technical to the exclusion of holistic business training. Conservative parents lead to risk aversion in young would-be entrepreneurs. Harsh judgments follow any failure. And the culture and HR needs are completely different.

Ultimately, Lee said he learned that with his crop of independent, hard-working Chinese companies, “Our imperative is to provide them the best possible support system and advice, but let them run the show.”

We asked Lee also about his experiences working with Western investors who sought to have a hand in the Chinese market, a realm many see as fascinating, mysterious and potentially profitable, if certain pitfalls can be circumnavigated. “I think there is a strange bipolar view,” said Lee, “euphoria versus disbelief… The US bipolar view is largely due to lack of understanding. I am disappointed at most of the Wall Street analysts on Chinese Internet stocks.”

In trading, Chinese tech stock has been on a sharp decline throughout the month, with such recognizable names as Renren and Baidu showing heavy losses for the month and the year to date. During August, some well-known Chinese web stocks fell as much as 20, 30 or even 40 percent.

Lee continued, “But in reality, it’s not that different from the United States. Companies that have a good product and business model and a good culture that cares about users will succeed. Some companies are overvalued and maybe even bubble, but just as many are very good and show great promise. The trick is picking the winners — just like in the U.S.”

Given the climate in which Lee founded his incubator, we asked whether he thought the Chinese Internet market would always be somewhat segregated. After all, in 2009, when Lee started Innovation Works, the government censorship and surveillance program Golden Shield was getting a lot of attention from Western media outlets, which created a sense that there were two Internets: China’s and everyone else’s. And in 2010, Google (Lee’s former employer) saw its Chinese relationships break down with accusations of hacking and a newfound unwillingness to comply with censorship policies.

Without the web properties (and the APIs) so familiar to Western eyes, will China’s Internet ever be one and the same with the larger web-based ecosystem?

“For the short-term, [the Chinese Internet market] will be somewhat segregated, due to a variety of reasons,” said Lee. “But in the long-term, there will be more convergence. We are helping a few global companies come into China.

“In the meantime, it is interesting to watch, as China is almost a parallel universe where the Internet is largely the same but starting to take a different path in a few interesting places.”