Saying goodbye to a character you've known for years always hurts. Don't cry, for Commander Shepard lives on…in your heart. Seriously, he gets a little too trigger-happy with that fancy new Omni Blade of his. 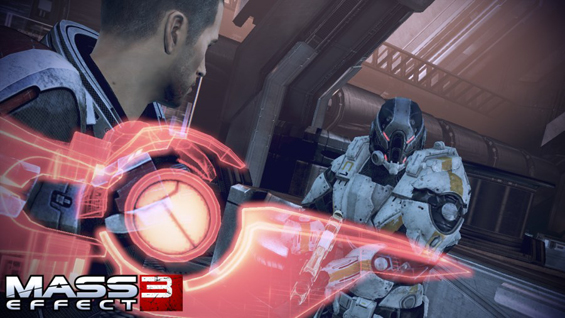 Commander Shepard's saga of punching reporters and staring uncomfortably at shopkeepers concludes in Mass Effect 3. Even though developer BioWare has "ambitious plans" for the franchise post-trilogy, it won't involve everyone's favorite Reaper-slaying protagonist. "After this, Shepard’s story is complete," producer Michael Gamble told PC Gamer. When contacted for comment, Shepard's voice-comm frequency gave a garbled, looped message containing the mysterious phrases "Broadway play" and "tired of this galaxy-saving shit." Mass Effect 3 comes out on March 6, 2012 for the PC, Xbox 360, and PS3.

Portal 2 found most of its test subjects on the PC. In an interview with Gamasutra, Valve co-founder Gabe Newell used the game's success within the mouse and keyboard crowd as an example of the company's devotion to console and computer platforms alike. "We've never had a situation where we said, 'We really, really want to build something that is more popular for the console guys,'" he said. "Because usually we have a bunch of other higher priority problems we want to solve. So we're glad that people want to play our games wherever they want to play." In this case, higher priority problems probably mean figuring out a way to rescue Half-Life 2: Episode 3 from its temporal vortex imprisonment.

Minecraft creator Markus "Notch" Persson explains why his first-person sandbox hit isn't appearing on Steam.  "Being on Steam limits a lot of what we’re allowed to do with the game, and how we’re allowed to talk to our users," he wrote on his official blog. "We (probably?) wouldn’t be able to, say, sell capes or have a map marketplace that works with Steam customers in a way that keeps Valve happy. It would effectively split the Minecraft community into two parts, where only some of the players can access all of the weird content we want to add to the game." Talks with Valve for a common solution are under way, just as soon as Minecraft's negotiators will stop punching trees for wood.

The limited edition of The Legend of Zelda: Skyward Sword includes a bling-tastic golden Wii Remote Plus controller. GameSpot reports that the $70 bundle hits shelves on November 20 alongside the regular edition of the game, but who cares about spending efficiency when you've scored a gold-colored, club-like object for charming the nearest magical princess?