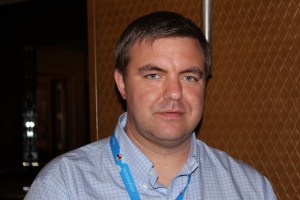 You know it’s hard out here for a hacker, tryin’ to get money for his rent.

At least, that’s how it’s been up until now. Most freelance developers typically rely on contract jobs. But Appirio, a company that ports applications to cloud services like Salesforce.com and Amazon’s AWS, is trying to change that, with a system for documenting and scoring hackathons, which debuted at the Dreamforce conference in San Francisco.

That’s important because hackathons — competitive programming competitions — are one way that independent developers can win recognition and, sometimes, jobs. Up to now, however, they’ve been pretty ad-hoc affairs.

Appirio launched Cloudspokes, a program within the company that hosts  hackathons, as a way to crowdsource cloud-based app development. But the company wants to take it even further by creating an official documentation system for hackathons that anyone can go back and reference.

“I’m a baseball guy, so I’m always going back and looking at box scores and stats,” Appirio community architect and Cloudspokes manager Dave Messenger (pictured above) told VentureBeat. “There isn’t anything like that for hackathons, so we want to be the hackathon system of record, so you can go back and view those scores and see whatever the equivalent of stats are for a hackathon.”

Appirio is applying that system for the first time at Salesforce.com’s sponsored hackathon at its Dreamforce convention in San Francisco, Calif. The hackathon took place over the course of the week, where developers were asked to make something related to “open, social, mobile and collaboration,” all of which are themes for this year’s convention.

Cloudspokes is providing the back-end scoring system for the whole competition, where a panel of judges rate participants in categories fitting the theme of the convention. For example, contestants are graded by how much the use public cloud servers, which are remote computers with beefy hardware that run computing-intensive programs and then deliver results over the Internet.

“It’s a pretty fun idea, I like that the competition was really open-ended,” hackathon participant Daniel Llewellyn, a former Cloudspokes hackathon winner pictured below, told VentureBeat. “You have to build something social and cool from scratch.” 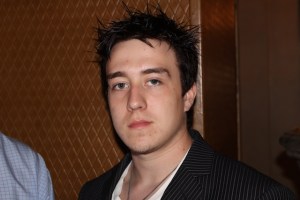 The judges submit the scores through Cloudspokes’ application, which then records all that data on remote servers and keeps a running tally of which developers are leading the competition. The winner is automatically determined from the scores, and Cloudspokes even has a flashy reveal animation to go along with the application. Anyone can then go back and view those scores from the Salesforce.com Dreamforce hackathon whenever they want.

Cloudspokes was originally created to generate more interest around problems that companies desperately need solved and don’t want to handle in-house. So the company hosts competitions with cash prizes that attract anywhere from a few to a dozen developers. They code furiously for anywhere from a few days to two weeks in order to come up with the best solution, and the winner gets a cash prize and visibility. But until now, the company didn’t keep official records for scores or code quality.

“You had to rely on things like Github badges and word of mouth if you wanted to have something to show from a line of freelance work,” Appirio chief strategy officer Narindar Singh told VentureBeat. “It’s hard for someone without some kind of academic or employment pedigree to get attention that way.”

There are three kinds of Cloudspokes competitions: those hosted by Appirio, by Cloudspokes and by third parties. Appirio can outsource a number of problems its clients present them to Cloudspokes for quick solutions, and that makes up about 30 percent of Cloudspokes’ revenue. Cloudspokes also serves as a developer community of sorts that aims to attack problems that will attract more interest. Then there are companies like Box.net that can ship problems out to Cloudspokes for hackathons.

Appirio expects to run an even greater number of hackathons, and particularly wants to expand into lightning-fast competitions that attack more simple problems only last a few hours. But more than that, the company wants to create a community that actively seeks out interesting problems. Like the ones that keep some of the top intellectuals in the world awake at night. Practically speaking, the program still has to make money, but Messenger said that there’s much more interest in those kinds of problems — and the developers are willing to work for less to collaborate on those problems.

“We want to do more problems with collaboration, because those can improve problems themselves as well as finding interesting and unique solutions,” he said. “We want to run hackathons for the kinds of problems that have real ‘a-ha’ moments.”