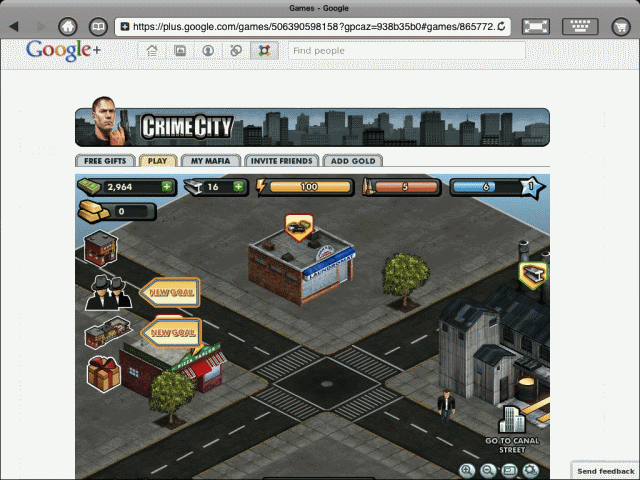 iSwifter’s innovative app for streaming Flash content to the iPad now supports Google+ games, making it the first app to do so, the company announced today.

The Youweb-incubated company has already found success streaming Flash-based Facebook games to the iPad, nabbing its app over 500,000 users so far. The app remains the only way that iPad users can play Flash-based games, since Apple doesn’t support Flash on iOS.

Support for Google+ games is included in version 4.1 of the iSwifter app, available for free on the iTunes Store today.

While Google+’s user base is nowhere near Facebook’s 750 million, the fledgling social network, currently in invite-only beta testing, is expected to explode when Google opens it up to the public. iSwifter is positioning itself well for that eventuality. Its app already supports all Flash-based Google+ games, including Dragons of Atlantis and Zombie Lane.

iSwifter’s technology runs Flash-based content via its cloud infrastructure and streams it to the iPad. By doing so, all of the heavy lifting for playing Flash content is done on its servers, and the company gets around the lack of Flash support on iOS. The iOS web browser SkyFire takes a similar approach to playing Flash-based videos, but it doesn’t yet support complex Flash applications like games and costs $4.99.

Gupta tells us he thinks there’s a good market for Google+ games. “We’ve seen time and again that until there’s competition in the marketplace, value to users is not maximized,” he said. “While Facebook is an excellent gaming platform, there hasn’t been any viable alternative available to users. Google+ is now is an alternative. Adoption rates have been decent. However, in either case, the games are not available on the iPad [without iSwifter].”