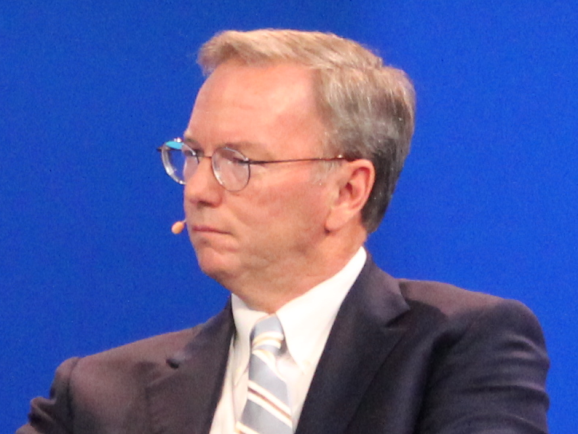 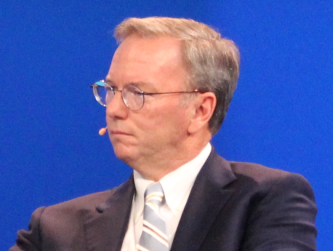 “All the patent fights that are interesting are done in one district in Texas. How this is possible is beyond me, it just doesn’t feel right” Schmidt said. “With the device revolution coming, I fear patents will slow it down.”

He said that most patents issued in the 1990s and 2000s were overly broad. That’s led regulators and court officials to spend a large amount of time invalidating patents that were overly broad and facilitating frequent sparring matches between companies over patents.

“We were fortunate that the software industry was not defined by patents, but creativity,” he said. “But everything is moving to mobile and the cloud, and now we face the risk of slowing down.”

Google itself recently purchased Motorola Mobility, a phone manufacturer that makes a large number of phones sporting Google’s Android mobile operating system, for $12.5 billion. That acquisition, which regulators have not yet approved, also carries with it a treasure trove of mobile phone patents. But Schmidt said Google did not acquire Motorola Mobility for the patents — rather, it was interested in the team.

“We actually believe the Motorola team has amazing products,” he said. “We like having at least one area where we can do integrated hardware.”