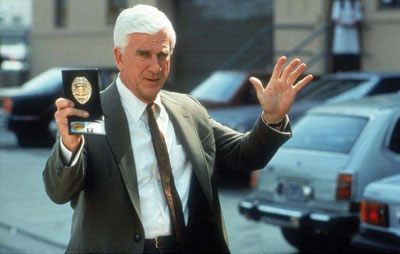 A San Francisco man says six people claiming to be San Francisco police visited his home and searched for a lost iPhone 5 prototype, even though, reports SF Weekly. (Update: SFPD now says that officers “assisted” in the investigation.)

If the story holds true, the news implies Apple investigators either impersonated San Francisco Police officers — a criminal offense, SF Weekly points out — or SFPD officers worked together with Apple and never reported the investigation. Either outcome would be a PR blunder for Apple, though the former is obviously more nefarious.

Sergio Calderón, a 22-year-old man living in the Bernal Heights neighborhood in San Francisco, contacted the paper after CNET’s initial report about the lost iPhone prototype. Calderón believed that he was the person mentioned in the CNET report, which referenced a Bernal Heights home that was investigated by SFPD and Apple investigators.

“They threatened me,” Calderón told SF Weekly. “We don’t know anything about it, still, to this day.”

He said that six people — four men, two women — knocked on his door around 6 p.m. in late July. They identified themselves as San Francisco Police officers and asked if Calderón had visited Cava 22, the bar where the prototype was lost, over the weekend. He admitted that he had visited the bar, and the visitors mentioned they had traced the lost phone to his address using GPS. The visitors never mentioned that they worked for Apple or that they were looking for a prototype iPhone.

He eventually let the visitors search his house, car and computer, hoping to stay out of trouble. One of the visitors later offered him $300 if he found the phone and returned it. Calderón received a phone number from one of the visitors as they left — a man called Tony — who told him to get in touch if any more information about the phone popped up.

SF Weekly called the number and reached Anthony Colon, who admitted that he was an Apple employee. The paper says that a LinkedIn profile (now removed) listed Colon as a “senior investigator” at Apple as well as a former San Jose Police sergeant.

SFPD spokesman Lt. Troy Dangerfield told the paper the department will look into this situation. “This is something that’s going to need to be investigated now,” he said. “If this guy is saying that the people said they were SFPD, that’s a big deal.”

Dangerfield later added, “There’s something amiss here. If we searched someone’s house, there would be a police report.”