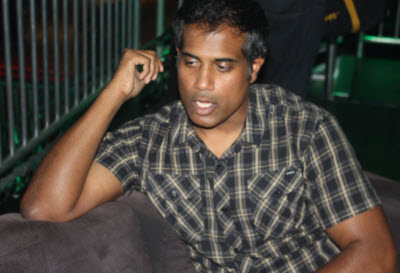 Activision Blizzard announced today it would charge $49 a year for its premium subscription to the Call of Duty Elite social network.

Call of Duty Elite debuts November 8 simultaneously with the launch of Call of Duty: Modern Warfare 3, the next installment in the franchise that has become the best-selling video game of all time.

The pricing been a subject of some consternation, as players already pay $49.99 a year for an Xbox Live Gold subscription for multiplayer gaming on the Xbox 360. Also, rival Electronic Arts has announced its Battlefield 3 social network will be free when it debuts October 26.

But Chacko Sonny (pictured), head of the Beachhead Studio that built the Elite social network, says the company still offers free multiplayer gaming to those who want to use the free portion of Call of Duty Elite. Players will get access to cool features such as Facebook integration and the ability to edit their weapons loadouts via smartphone.

However, premium subscribers will get access to 20 pieces of downloadable content each year. That package includes map packs, which for previous games cost $60 a year. Check out more about Elite in our video interview with Sonny.