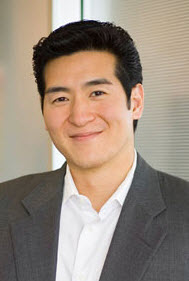 Chang made a name for himself as a member of the Forbes Midas List of top 100 venture capitalists last spring, mainly for his investments in Playdom, which sold to Disney for up to $763 million, and Ngmoco, which sold to DeNA for as much as $403 million.

After those investments paid off, Chang was promoted from principal to partner. But the move to managing director at Mayfield will give him more clout. Chang will continue to invest in the mobile, gaming, digital media and China sectors. But now he’ll have more opportunity to invest in companies that are in the earlier, seed stage.

Chang, 38,  has about a decade of venture experience and he is a frequent speaker at conferences, including our GamesBeat and MobileBeat events. He is the sixth managing director at Mayfield.

Navin Chaddha, managing director at Mayfield Fund, said in an interview that he has worked closely with Chang in the past and he is excited about welcoming a proven, energetic and global investor on board. He said the move will help anchor Mayfield as an early-stage venture capital firm. The firm is currently investing $400 million it raised in 2009 to focus on early-stage companies. But it also invests in companies that need second or third rounds of funding.

“This was a unique case because Navin and I knew each other for years,” said Chang in an interview. “It’s like getting together with an old friend. I have a lot of share history and trust with him.”

Chang noted that he is also in the same band as Mayfield managing director Raj Kapoor.

Chang has also invested in Iridigm Display (acquired by Qualcomm), Lumos Labs (brain wellness games), BranchOut (career networking on Facebook), Badgeville (gamification as an enterprise SaaS platform), and Basis (mobile health monitoring). Outside of the U.S., he has invested in Lashou (deals site in China) AdChina (ad network in China), and PCH International (supply chain management company). Previously, Chang worked at Gabriel Venture Partners, where he worked with Chaddha. Prior to becoming a venture investor, Chang spent five years in Japan as a product manager at Gateway.

Overall, 42-year-old Mayfield has $2.7 billion under management and is investing in enterprise, consumer, energy, and mobile/telecom.  It also has its Mayfield India fund that is investing $111 million in Indian start-ups.