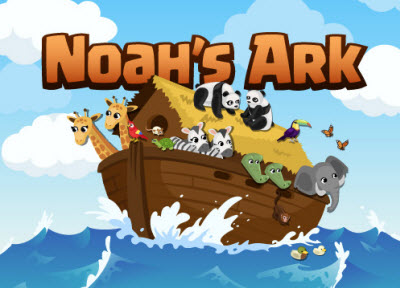 Rupert Murdoch’s entry into the social game business may not be a Zynga killer yet. But it’s a start.

News Corp.’s Making Fun unit is announcing today the launch of Noah’s Ark, a social game on Facebook. The new title is the second game launched by Making Fun since it was acquired by Rupert Murdoch’s News Corp. earlier this year, and it is one of the first titles targeting the untapped market for religious games on social networks.

While Zynga has the most popular categories of games covered on Facebook, the social network’s audience may still be open to new kinds of games such as religious titles. That’s the bet that Making Fun has made in making a FarmVille-style game based on the Old Testament story. If it’s right, Making Fun could grab a lucrative niche on Facebook and other new game platforms as well.

John Welch, chief executive of Making Fun in San Francisco, said in an interview that his publishing company is gathering a full line-up of titles to launch on Facebook and the iPhone. Making Fun represents Murdoch’s attempt to cash in on the craze around social gaming, but Welch says his company is an independent entity that isn’t necessarily going to be tied to just News Corp. content. 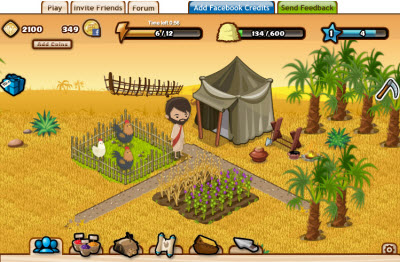 “It’s part of our plan to bring new and different games to the market that no one else is doing,” Welch said. “Our aim is to put out really high-quality titles in partnership with a variety of developers.”

The Noah’s Ark title is suitable for all ages and skill levels, and Welch said that even non-religious mass market audience may take to the game as well, since the story is a pretty universally appreciated one. In the game, you have to plant and harvest different kinds of crops so that you can attract different kinds of animals. You also have to chop wood and collect other materials to build the ark. Those are familiar game mechanics to FarmVille fans. Welch said the company tapped a News Corp. subsidiary, Zondervan, for Bible trivia used in the game.

The title may or may not take off. But Welch said his company is committed to launching titles on a regular basis. He said, “The Gold Rush days are over for Facebook games. The price of ads is going up. It’s harder to compete. And you don’t necessarily want to go head to head with Zynga. But there is a lot of room for growth. This stage is called evolution and maturity, and it is not at all a cause for pessimism.

Making Fun collaborated with the veteran game development team at Detonator Games to produce Noah’s Ark.Welch said that it will be common for Making Fun to tap outside developers to make its games that are published under the Making Fun name. Several more titles are in the pipeline, including iPhone games.

Making Fun also released another game, Clash: Rise of Heroes, a couple of weeks ago. That game is a relaunch of a title developed by another company. It is aimed at young male fans who like comic books, card collecting, and super heroes. The game is focused on a niche, but Welch said that the game is monetizing several times better than other titles. Qunify Games, headed by brothers Josh and Daniel Quick, created the game.

Welch and game veteran Lee Crawford founded Making Fun in early 2009 and they sold it to News Corp. in November, 2010. Making Fun has 15 employees. Welch said more games are coming soon, including one in the sports category.