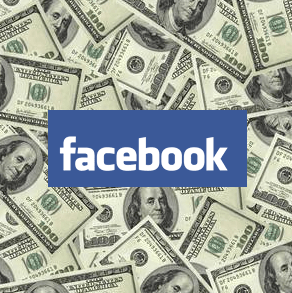 Revenue for social network giant Facebook nearly doubled to $1.6 billion in the first half of the year, reports Reuters.

Facebook’s net income for the first half of 2011 was about $500 million, according to the report, which cites an anonymous source. As a privately held company, Facebook doesn’t publicly disclose its financial results.

According to financial documents from Goldman Sachs to potential investors, Facebook earned $355 million in net income in the first nine months of 2010 with $1.2 billion in revenue.

The company did not immediately respond to a request for comment.

If true, the massive boost in revenue is another indication of Facebook’s growing dominance in the advertising space. With over 750 million users and an estimated one-trillion page views per month, a variety of companies are turning to Facebook for advertising — especially from the daily deals industry.

Facebook’s revenue boost could be attributed in part to the massive amount of ad spending done by daily deals startups like Groupon and LivingSocial, which heavily rely on Facebook ads to drive their business models.

“We don’t have an exact number for how much daily deal companies spend on Facebook advertising but it’s definitely a lot,” according to Daily Deal Media Editor in Chief Boyan Josic, who is headlining a daily deals industry event (Daily Deal Media Conference) September 8-9.

Given the unprecedented business growth of Groupon and the rising cost to acquire new daily deal subscribers, it makes sense that Facebook’s revenue would see a boost, Josic said.

Its unknown just how much of Facebook’s revenue is derived from advertising. The company also generates revenue from Facebook Credits transactions.