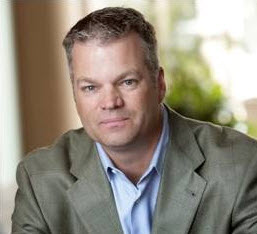 Tapjoy had a run-in with Apple this spring. But the mobile monetization firm has recovered and is back on the expansion path. The latest sign: It’s just made a high-profile hire — Peter Dille, a former senior vice president of marketing at Sony’s PlayStation business.

Dille comes on board as chief marketing officer. He joins other recent hires such as Al Wood, chief financial officer, and Larry Berkin, vice president of Asia-Pacific, at Tapjoy. Dille is perhaps the biggest name of all, since he was responsible for running marketing in the critical North American market for Sony’s PlayStation brand. His appointment reflects a trend in game careers as more senior executives are leaving traditional game businesses to work at game startups such as Tapjoy.

Dille officially left Sony on March 31. He initially worked at Sony Computer Entertainment America from 1991 to 1999. He left for a stint at THQ and returned to Sony in 2006 as the Japanese company launched its PlayStation 3 game console. After March, Dille took time off to spend with his family.

“I’ve had a chance to decompress and it’s clear that so much is happening in mobile and social games,” Dille said. “And under the radar, Tapjoy has built a remarkable business with its mobile ad marketplace.”

Dille will help spread consumer awareness about Tapjoy’s mobile advertising network, which touches more than 250 million consumers. The San Francisco-based company has a monetization platform that lets game developers insert ads into the middle of their games for the iPhone or Android devices. Tapjoy fills those ad slots with all sorts of ads from its network of ad partners. They range from video ads for movies to offers, or special ad deals where users can earn something in a game by performing a task, such as signing up for a Netflix subscription. The ads work exceedingly well, Dille said.

Tapjoy was hurting for a while. But Dille said the business has come back strong with non-incentivized promotions on the iPhone, and Tapjoy’s business is also growing strong on Android, where Google has not banned incentivized installs. Tapjoy’s ad marketplace is used in more than 10,000 apps, and it generates more than 1 million ad completions per day. Now the task is to help consumers become more aware of the Tapjoy brand, Dille said.

Dille will report to Mihir Shah, chief executive of Tapjoy. Shah said that Dille’s skills will be useful as the company expands its services into new markets. Overall, trailing 12-month revenues at Tapjoy are above $100 million. Roughly 60 percent of the business is still on the iPhone, in spite of the end of the incentivized apps.

As a reflection of that business, Tapjoy has raised $71 million since 2007 (including the Offerpal business that merged with Tapjoy). Tapjoy’s investors include J.P.Morgan Asset Management, Rho Ventures, North Bridge Venture Partners, InterWest Partners and D.E. Shaw Ventures. As for console executives moving into mobile, Dille said, “I’ve jumped into the deep end. There is so much growth in mobile. Some people look down their nose at these kinds of games compared to the consoles. But people are spending dollars in them every day, and when you add them up, it turns into big money.”