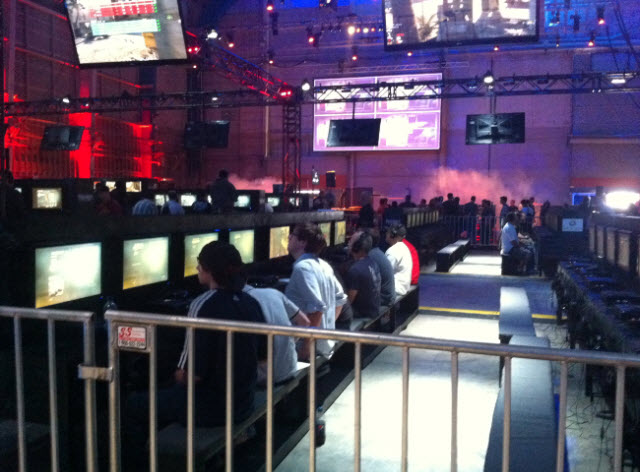 Video game sales are expected to grow from $66 billion worldwide in 2010 to $81 billion by 2016, but that growth masks some profound changes that are happening in the industry. Namely, the world will shift from sales of games in physical stores to a wide variety of digital distribution methods, according to market researcher DFC Intelligence.

Online sales of games are the largest area of growth and could surpass retail sales as early as 2013, said David Cole, a long-time analyst at San Diego-based DFC, in an interview. Disruptions in the market will make it more complex for game publishers to run a business, but if they do it right, they could find untold riches.

Cole said that global sales of physical game software peaked in 2008. That makes sense in part because the global financial crisis that hit in the latter part of that year caused a big shift from $60 console games to free-to-play games played online via PCs. Recession-shocked consumers felt the free-to-play titles were a better bargain.

But the decline of physical game sales will likely be slow and steady, not drastic, as users have to become accustomed to new ways of paying such as subscriptions or virtual item sales.

The report also predicts that the glory days of consoles are behind us. The Nintendo Wii U is expected to see strong sales starting in late 2012 (Nintendo hasn’t set a precise date yet), but Cole doesn’t think it will surpass the Wii’s sales. New consoles are also expected from Sony and Microsoft, but not until 2014 at the earliest, Cole said. The uncertainty around the timing of these new launches is one of the biggest unknowns in the industry. Cole said he believes Microsoft and Sony are enjoying rising profits from game sales now and aren’t motivated to incur a lot of new costs by introducing brand new consoles.

At some point, however, competition will force them to introduce new machines. Nintendo had a glorious year for the Wii and handheld DS system in 2008, but it has seen sales decline since that peak. So Nintendo is more motivated to launch a new machine. Nintendo introduced the 3DS earlier this year, but it has been so poorly received that Nintendo slashed the price. the Xbox 360 and the PS 3 may very well live up to their goals of lasting 10 years in the market. But if Microsoft and Sony don’t introduce new consoles in the new few years, they run the risk of turning consumers off.

“The issue is Sony and Microsoft don’t feel like they’re in a hurry to introduce new consoles,” Cole said.

That’s where there is more opportunity for online games, digital distribution, smartphones, tablets and other mobile devices. As those systems become more capable, they could become viable threats to the consoles and will grab more market share. The good thing about these new systems is they offer the best chance for the industry to win over new consumers who would never play a console game.

“We feel the consoles have hit their peak,” Cole said.

For publishers, the tough task becomes knowing where to place bets. They have to support the right game platforms and find all the niches to exploit.

In 2011, industry growth is expected to be just 3 percent. Overall retail hit a peak at $58 billion in 2008. By 2016, the retail market will shrink to $43 billion. Online sales are expected to increase from $19.3 billion in 2010 to $37.9 billion by 2016. This includes revenue from PC online games, console online games and mobile online games including mobile phones and tablets.

Cole noted that the game industry has surpassed sales of the music industry, but it remains behind movies, which generate more revenue if you count all of the different ways movies are monetized on different platforms.