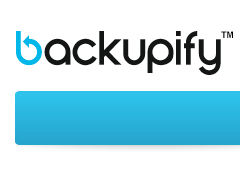 Backupify’s service works by creating a backup archive of all the information from a person’s various social media and web application accounts.  The archive of information includes data from Facebook, Twitter, LinkedIn, Google Apps accounts and others. Users can also download local copies of their data in addition to having it stored.

Backupify stores more than 200 terabytes of data using Amazon Web Services and has over 175,000 users, according to a report by All Things D.

The company told VentureBeat its primary focus is Google Apps backups and management services — with  small to medium-size business SaaS (Software as a Service) applications in the future. The company said it plans to use the new capital to improve data security as well as ensuring that a user’s data remains portable and easy to export. It also plans to use the funding to expand its operations and explore partnership opportunities.

The new round is led by Avalon Ventures and includes additional funding from General Catalyst and Lowercase Capital. Also, Avalon’s Brady Bohrmann will join Backupify’s board, the company announced.

Founded in 2008, the Cambridge, Massachusetts-based startup received prior funding from First Round Capital, Betaworks, Chris Sacca, Jason Calacanis and others. The new round brings the company’s total funding to $10.4 million to date.