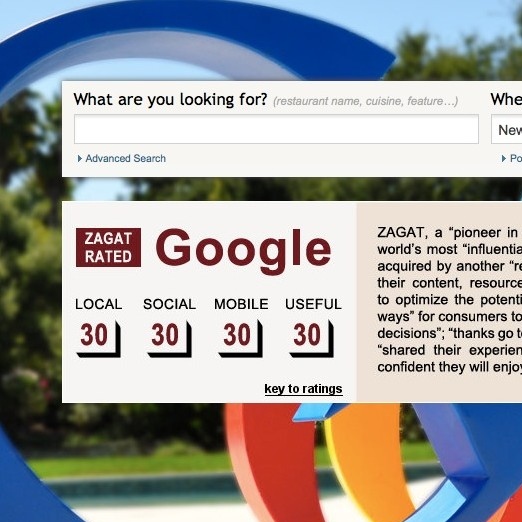 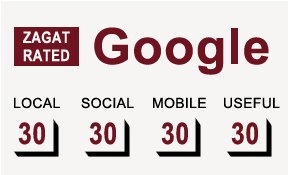 “Moving forward, Zagat will be a cornerstone of our local offering—delighting people with their impressive array of reviews, ratings and insights, while enabling people everywhere to find extraordinary (and ordinary) experiences around the corner and around the world,” wrote Marissa Mayer, VP of Local, Maps and Location Services at Google.

New York-based Zagat has provided consumer-survey-generated reviews for restaurants, bars, hotels and more for 32 years and now offers recommendations around the world. The service operates in 13 categories in more than 100 cities.

“This may be the most important announcement in our 32 years of business,” wrote Nina and Tim Zagat. “Nina and I will continue to be active in the business as co-chairs; however, the merger of our resources, expertise and platforms with those of Google will give us the opportunity to greatly expand. We have spent enough time with Google senior management to know that they fully share our belief in user-generated content, and our commitment to accuracy and fairness in providing consumers with the information necessary to make smart decisions about where to eat, travel and shop.”

The move is a major blow to user-generated reviews website Yelp, which competes with Google Places and Zagat. Google failed to acquire Yelp back in late 2009, with Yelp reportedly walking away from a $550 million deal. Google further distanced itself from Yelp when it removed Yelp’s reviews from Google Places in mid-2010.

What do you think of about the Zagat acquisition?