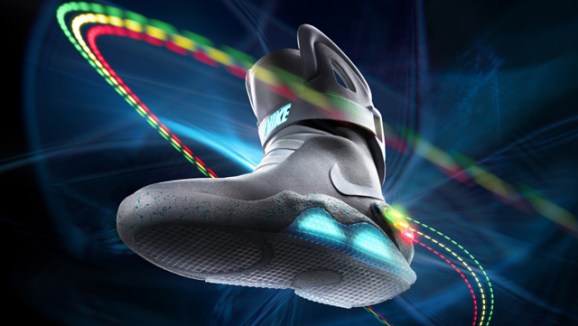 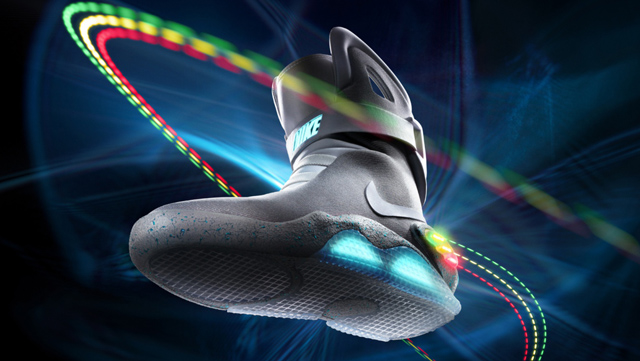 Nike has unveiled an incredible looking replica of the high-tech shoes featured in 1989’s Back to the Future II. The shoes will be auctioned to raise money for Parkinson’s disease.

In the film, the Nike MAG shoes were first worn by main character Marty McFly (played by Michael J. Fox) when he traveled to the year 2015. However, unlike the movie, these real-life shoes don’t lace themselves. That said, they do feature crazy blue lights on their outsoles that can glow for up to five hours on a single charge.

1,500 pairs of the Nike MAG will be sold on eBay during the next 10 days, with 150 pairs being auctioned per day. The proceeds of the auction will go to the Michael J. Fox Foundation for Parkinson’s disease research, with Nike matching all contributions to double the impact.

Beaverton, Ore.-based Nike told the Associated Press that it decided four years ago to try to recreate the shoe. But it said the process has been challenging, as the original design was not meant for daily use and Fox had to wear a battery pack with wires running down his legs during the movie to light the shoe.

To bid on the shoes, users can go to http://nikemag.ebay.com/shoes. However, if the first auction is any indication, you’re going to need some serious cash to win a pair. As of Thursday night at 11 p.m. PT, all of the pairs have bids for more than $3,000 a pop.

Check out the Nike’s great promo video below: