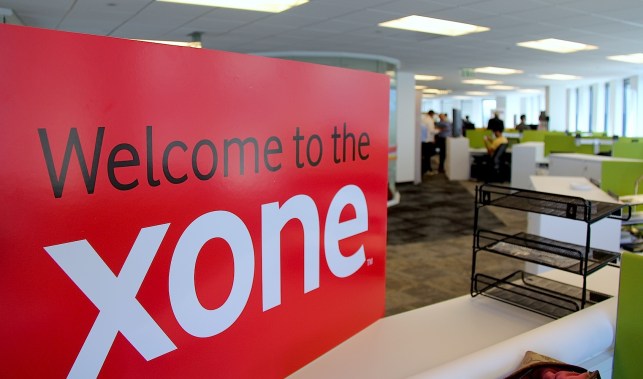 Vodafone, the world’s largest mobile carrier by revenue, is making its presence known in the U.S. today with the launch of its Xone research and development center in Silicon Valley.

The company isn’t gearing up to expand its network to the U.S. (it already owns 45 percent of Verizon Wireless). Vodafone is instead aiming to assist U.S. companies that want to launch products on its global network, which covers more than 382 million customers in over 30 countries.

The Xone R&D Center was created for the purpose of “expediting innovation, productizing it and pushing it to market,” Rick Rasmussen, head of Vodafone US R&D Operations & Logistics, told VentureBeat in an interview yesterday.

The company’s R&D group will single out innovative tech from startups, R&D labs, venture capital portfolios and universities. The group will be provided with resources including commercial feedback, a direct connection to Vodafone’s global network and support from staff with expertise in network architecture, business development, content delivery and more. The space will be able to fit up to 24 companies at once.

Vodafone R&D’s head of U.S. and China Fay Arjomandi told VentureBeat that companies will have access to a full replica of its global network. “Capabilities include 2G/3G/LTE radio and an Internet Protocol (IP) network together with access to the IP service framework IP Multimedia Subsystem,” the company said in its press release today. Additionally, companies will also have access to Vodafone’s network via Verizon Wireless R&D Centers across the country.

The Xone Center will ultimately allow companies to test their apps and services on Vodafone’s network much more easily, not to mention at lower cost, than they could in the past.

The space will also be used as a community center of sorts to familiarize the Valley with Vodafone. The company plans to host conferences, events, meetups, hackathons and the like to connect with the community.

Vodafone Ventures, the company’s investment arm, is co-located at the Xone Center as well, and will use the opportunity to invest in interesting companies that come through. A dozen companies will be demoing at a launch event today for the Xone Center, which is a good sign for Vodafone’s future startup events.