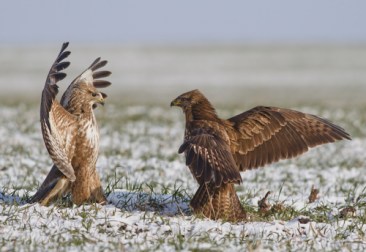 Someone’s got their feathers in a ruffle. Twitter is suing Twittad, a marketing company focused on promoting through Twitter, over the use of the word “tweet” in its slogan, “Let Your Ad Meet Tweets.”

Twitter told TechCrunch, “Twitter’s organic growth has taken many forms, including a widespread, dictionary-documented association of the word ‘Tweet’ with the use of Twitter. It is in the best interests of our users and developers for the meaning of ‘Tweet’ to be preserved to prevent any confusion, so we are taking action to protect its meaning.”

Twitter has been touchy about the use of “tweet” in the past. In 2009, the social network filed for trademarks of the word in both the US and Europe to stop third party developers from using the word to describe their products. But Twittad claims to have trademarked their slogan long before in 2008.

In fact, it appears that Defendant has used LET YOUR AD MEET TWEETS solely as a generic phrase to refer advertising in connection with Twitter itself, and as such it is incapable of serving as a mark, rendering the registration subject cancellation on that ground. Alternatively, if Defendant is able to establish use of LET YOUR AD MEET TWEETS as a mark, its registration is subject to cancellation based on Twitter’s preexisting rights in the TWEET mark.