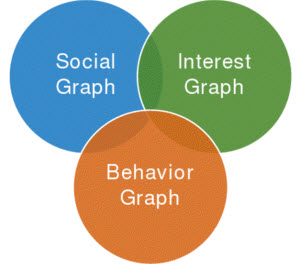 Gamification company Badgeville has made a big splash in the past year by helping web sites better engage visitors through game-like features such as leaderboards and badges. Now it is taking a step further and adding behavioral analysis to help its clients better understand their users.

Analyzing users’ behavior isn’t about milking them dry or invading their privacy. Rather, it’s about showing them things they really like or really want to buy, based on friendships, interests and past behavior. Companies like Zynga and Facebook can do this easily, but Badgeville will make the tools for behavior analysis available more broadly.

The Menlo Park, Calif.-based company calls this new platform its Social Fabric, which brings the social interactions found on sites like Facebook and Twitter to any web property.

“We are democratizing the techniques that drive user engagement,” said Kris Duggan, chief executive of Badgeville, in an interview. “This is what we think the next stage of the web will be about.”

The technology combines the best of games, social networks, and e-commerce: It mines data related to your friends, your interests, and your actual observed behavior to serve you with targeted promotions. That, in turn, drives you to accept more promotions, driving up your engagement with the site you’re visiting. The feedback loop that results from targeting the combination of a user’s content interests, identity, and behavior in context is much more sophisticated than other kinds of targeting. 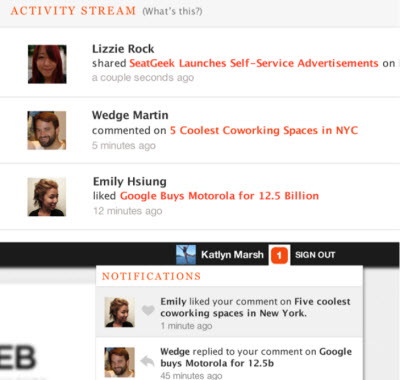 Badgeville made the announcement at the Techcrunch Disrupt conference in San Francisco.

With its new platform, Badgeville can arm web sites with the ability to do several smarter things. It can send real-time notifications and alerts to users when something is happening that they might be interested in. It allows them to follow a person or object that they’re interested in. And it gives them filtered activity streams that are based on behavior.

“The filtered activity streams show you what you really care about,” Duggan said. “We mash it all up in a way that surfaces interesting things for users.”

The platform figures out what you are doing right now, who is interacting with the stuff you care about, and tells you what happened while you were away from the keyboard. When people say something that you’re interested in, you can message them back via Twitter-like messaging in real-time. If someone writes a review of a product you’re interested in, you can get an alert about it.

While privacy is a big concern, Duggan said that his platform allows site operators to define which behaviors can be viewed publicly by others and which cannot. Sharing, recommending and publishing are generally public behaviors, while simply reading or viewing something is not. 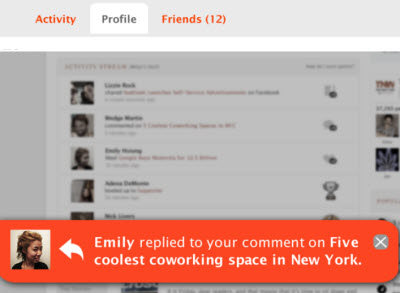 Duggan said Badgeville will unveil some test cases in the not so distant future. One of the sites trying out the technology is tech news site The Next Web. Zee Kane, editor of the news site, said that Social Fabric brings an entirely new level of social interactivity to the site.

The test cases will reveal stronger feedback loops, Duggan said. Badgeville will make the behavior platform available to those who buy the company’s core dynamic game engine. The company will also have individual widgets available.

Badgeville has raised $15 million to date and has more than 100 customers. Duggan said that gamification has become a real industry and that his company should generate $5 million to $10 million in revenue this year.

“We started out thinking about gamification, [but] with the social fabric, we’re now a behavior company. It is a very natural extension. I think of it as hyper personalization,” said Duggan.