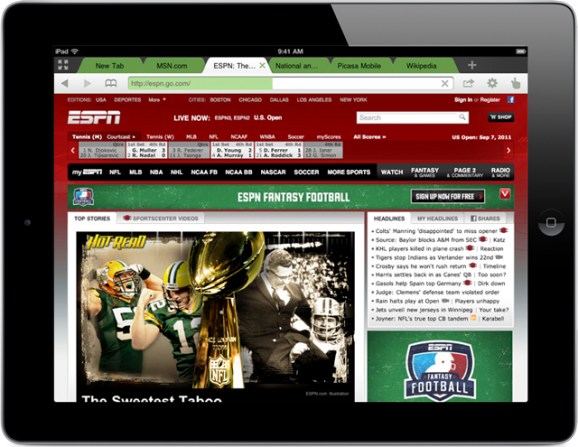 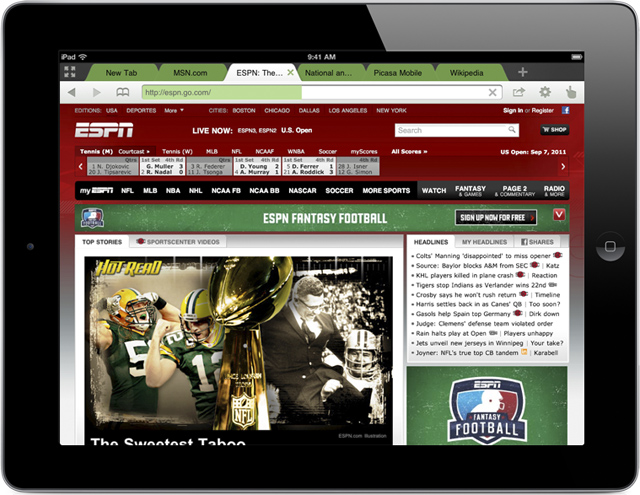 Mobotap’s Dolphin Browser on Monday launched an app for the Apple iPad, bringing its tabbed browsing and gestures to the most popular tablet in the world.

Two weeks ago, Dolphin made its debut on the iPhone. It originally cut its teeth as an early alternative to the pre-installed browser on Google Android smartphones, and for a while it was faster and better-featured than the stock browser. While it may not be much faster now than the stock browsers on iOS and Android, the Dolphin Browser still has many great features and an innovative approach that helps it stand apart.

Like the iPhone version, the iPad app is built on top of Safari, using it to render and display content. But the Dolphin Browser adds features to the mix that mobile Safari doesn’t have, the most notable of which is tabbed browsing (see photo above). One of the most annoying things on the iPad is not having proper tabs, and this helps bring it to life.

Other cool features include custom gestures for navigation, a webzine feature that makes it easier to read content from your most visited sites, a sidebar for accessing bookmarks, a desktop mode option for switching between desktop and mobile site views, and a smart address bar that better predicts your URL.

For funding, MoboTap recently raised $10 million in a first round from Sequoia Capital with participation from Matrix Partners.

What do you think of the Dolphin Browser? Are you a fan?