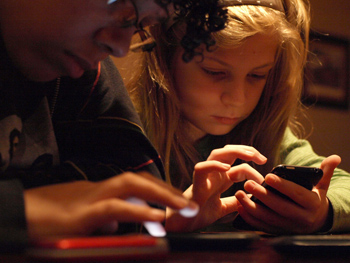 More people in the United States will access the web via mobile devices than via wireline computers by 2015, according to a new study from IDC.

“Forget what we have taken for granted on how consumers use the Internet,” said Karsten Weide, IDC research vice president of media and entertainment, in a statement. “Soon, more users will access the Web using mobile devices than using PCs, and it’s going to make the Internet a very different place.”

The statistic isn’t exactly shocking when you consider the staggering number of smartphones with data plans being sold today. But it does confirm just how fast that number is growing, and it sheds light on how user behavior will likely change during the next few years. With faster 4G network speeds and increased coverage, it’s easy to see that many users would simply use their connected phones or tablets rather than PCs reliant on a home or work connection.

Based on these predictions, mobile device and web adoption will continue growing at an incredible rate. Consumers are hungry for the latest mobile devices, especially from market leaders like Apple and Samsung, and it’s unlikely they’ll be satiated any time soon.