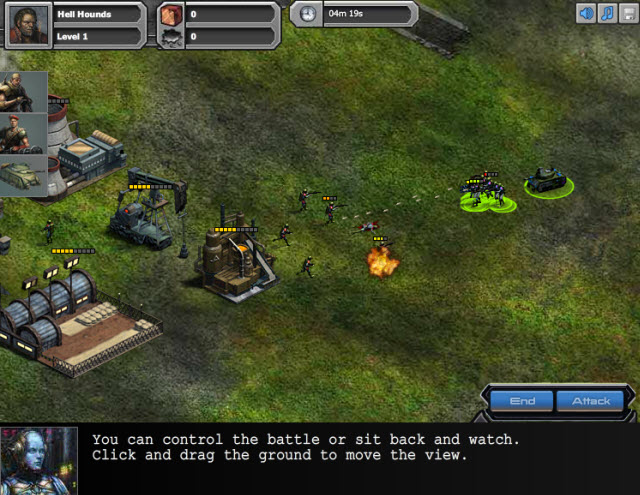 Kixeye is bringing real-time strategy games to Facebook today with the public beta launch of its War Commander title.

Inspired by games like Command & Conquer on the PC, War Commander is aimed at recruiting a new generation of Facebook gamers to the classic hardcore game genre. The difference is this game is a free-to-play social title, and if it takes off it could reach a larger mass market of gamers. 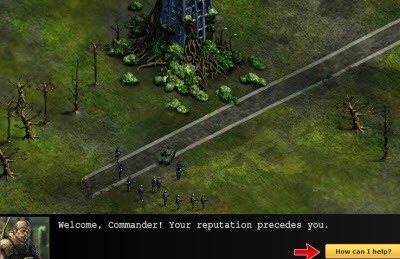 Will Harbin, chief executive of Kixeye, said in an interview that War Commander marks an evolutionary step forward for the social game industry, since it enables fully controllable units fighting a war in real-time. While rivals such as Zynga have targeted casual gamers on Facebook, Kixeye is going after hardcore gamers.

“It’s the most advanced strategy game ever created for Facebook,” Harbin said. “We’re getting closer and closer to real-time strategy titles that you’ve seen on the PC.”

The company has had success in the past with hardcore titles such as Backyard Monsters and Battle Pirates, which have given Kixeye around 4 million daily active users on Facebook. Those games had real-time elements, but you couldn’t actually control your military units beyond initial placement in the battle. You placed the units on the battlefield and then watched them fight it out.

With War Commander, if you click on an enemy your tank will attack it and all of your infantry will fire on it. In defending your base, you build gun turrets that will fire back at the enemy. The music is fast-paced and the sounds are quite good. Each unit has its own unique response when you click on it. 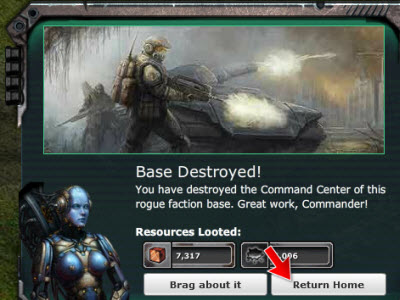 After you destroy an enemy’s base, you can brag about it. The game doesn’t run at full speed, so you have to wait for it to pause every now and then. The graphics are more sophisticated than past Facebook games, but they are built with Adobe’s Flash software. That means there are limitations, as the game can’t take advantage of 3D graphics hardware. The units look pretty, but they are pretty small on the battlefield. It’s not that easy, for instance, to distinguish the different types of infantry soldiers.

Even so, the game represents a big step forward in the evolution of Facebook games. The game has 27 customizable units, persistent territorial combat, and the ability to control each unit. The game’s executive producer is David Scott, and his team has worked on the game for more than two years.

“We’re learning from the past and optimizing the code base more and more,” Harbin said.

In doing so, Kixeye is doubling down on Facebook games at a time when others have given up on competing with Zynga and have moved into the wide-open battleground of mobile games instead. Harbin thinks that strategy is a mistake.

“I’m waiting for an onslaught of competition,” he said. “But I haven’t seen it.”

The game is set in a war-torn future where national governments have collapsed and chaos rules. Humanity is split into small warring factions fighting for control of earth’s resources. Players build and defend bases, for alliances, and strategically attack their enemies. The game has 120 sound effects and 400 lines of dialogue.

“The game has a broader story line,” Harbin said.

It’s similar to Kabam’s Edgeworld, which in turn is a lot like Kixeye’s Backyard Monsters. But the Kabam game doesn’t have real-time control of units. The title will compete with various Kabam titles. But if Electronic Arts ever gets around to creating Command & Conquer for Facebook, then War Commander will compete with that title. Both Kabam and Kixeye are competing hard by grabbing as much market share on Facebook in the hardcore category as they can, before the big traditional game companies move into that space.

If you want to spend money in the game, you can do so by buying resources in the game that can speed the process of building your army. But Harbin says that you can still play multiple battles per day, whether you are paying for extras or not.The good thing about the hardcore gamers that Kixeye focuses on is that they tend to spend more money than casual gamers, so a smaller number of users can support a single game.

Over time, Harbin said the company will release more features. So far, players cannot play against many other players at the same time.

Harbin said the company has more than 50 job openings now.  The company is based in San Francisco and backed by Trinity Ventures, JAFCO and Lightspeed Venture Partners. Kixeye was founded in 2007 and it has 80 employees. Kixeye raised an $18 million round of funding in August. Kixeye was able to raise the large round because Battle Pirates was doing so well with hardcore gamers.