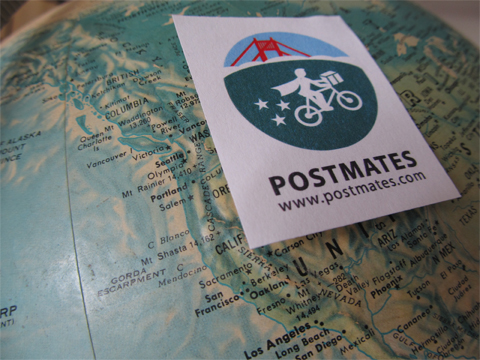 Postmates' customers pay through the app to purchase items and have them delivered. Just like Lyft, Postmates takes a cut, in this case between 20 and 40 percent. "We started Postmates because we realized that there is no FedEx- or UPS-like infrastructure in place for local or same-day deliveries," CEO Bastian Lehmann said.. 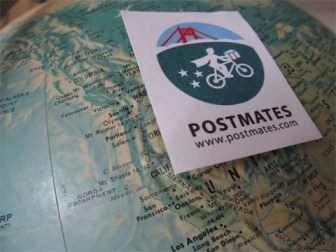 Don’t want to sacrifice your lunch break to pick up those concert tickets you bought on Craigslist? Use Postmates, a local delivery service that connects businesses with freelance messengers, instead.

Postmates launched today at the TechCrunch Disrupt 2011 conference in San Francisco. The site connects local businesses with hundreds of carriers and bike messengers who are experiencing downtime so they can hire them to make short-range shipments. The company uses an iPhone application and web applications to schedule deliveries and pickups. Couriers use iPhones to view accept jobs when they have some downtime between shipments.

“It’s for any kind of shipment, from a birthday card to a refrigerator,” Postmates co-founder Bastian Lehmann said. “Most carriers pick up an additional five jobs a day using the service.”

Most local shipments are handled by two-way radios and Craigslist. It’s a $10 billion market that’s powered by a surprisingly low-tech market, Lehmann said. The company has 30 carriers to start, and the company insures every item shipped through Postmates. The company charges $15 per shipment in San Francisco, regardless of the shipment.

“Like Uber, normally you wouldn’t take a Limo, but that app made it so easy and so convenient to do so,” Lehmann said. “We’re making it cheap, fast and convenient like Uber to open up this market to everyone else.”

Postmates was founded earlier this month and has raised $875,000. The company is based in San Francisco, Calif.