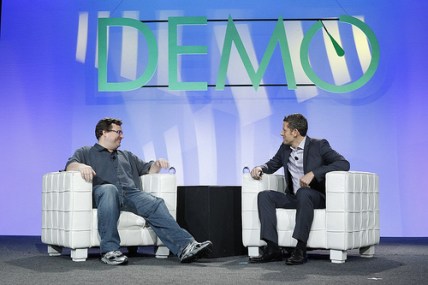 LinkedIn cofounder Reid Hoffman might be one of the most successful entrepreneurs to emerge from the post-dot-com era, and today he shared some of the secrets to his success.

Hoffman started LinkedIn on May 5, 2003 and took the company public on May 19, 2011, an exit that made him a billionaire. Today he’s an investor, an entrepreneur and knows how the system works.

“One of the things that makes entrepreneurship difficult is that there are multiple areas you can fail,” said Hoffman. “You have to hit all of them somewhere between good and great. And then there’s a bit of luck.”

Failure is a part of every business, and every life, but for Hoffman, having a handle on timing, understanding how to take your product from zero to 100 million users and, at its core, having a big idea will help lead your company on the right path.

Hoffman believes that you have to be contrarian in your thinking, you must break out of the noise. You also have to believe in your product and not shift too easily away from your core goals. Hoffman was once speaking with LinkedIn board member Mark Pincus, when he asked Hoffman when LinkedIn would add games. Hoffman immediately said, “Never.”

For Hoffman, staying true to his brand was part of his success. Facebook, to him, is like a backyard barbecue. It was built for games, for social interaction, for fun and photos. LinkedIn, instead, is the office.

He also advises that entrepreneurs take on safety funding, or as he says, funding for a rainy day. You have to plan for both good and bad luck. For example, he said, LinkedIn raised about $80 million more than it wound up using before its IPO.

When Hoffman is looking for businesses to invest in, he enjoys those executives who know their product so well, they don’t need the whole hour to do the pitch.

“If they’re sharp, they should be able to pitch in 2-3 minutes,” said Hoffman, who knew within 3 minutes of Airbnb’s pitch, Hoffman knew he wanted to invest.

A lot of emphasis is also put on the teams. According to Hoffman, Peter Thiel, who was an early investor in Facebook with Hoffman, always asks his pitches whether they’ve played a team sport. He wants to know whether or not you can play together. (Hoffman played soccer.)

Having taken LinkedIn through a volatile economic time, however, Hoffman’s last bit of advice might be most poignant.

“You have to be paranoid that you’re not going to succeed.”

See below for Hoffman’s talk and a short video interview between Hoffman and VentureBeat’s Meghan Kelly.