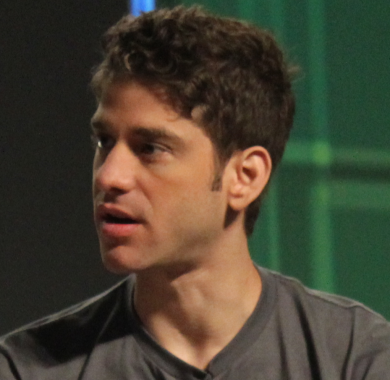 Turntable.fm has finally announced details about its recent first-round funding led by Union Square Ventures. The company raised $7 million in the round but kept mum about the deal, including the amount and the names of the investors, until today at the TechCrunch Disrupt 2011 conference.

The funding included Lady Gaga manager Troy Cater, former Facebook monetization officer Tim Kendall, venture capitalist Fred Wilson and musical group The Roots. The company focused on New York-based venture capitalists and investors because it is based in New York and wanted to be able to regularly interact with their investors, it said.

“We’re based in New York. That’s the home of music. We wanted to have someone close to us,” Turntable.fm co-founder Billy Chasen said (pictured). “There are good investors too, like Fred Wilson, he really knows product.”

Turntable.fm creates a virtual chat room that lets a few users become disk jockeys for the room. They can play music from the Internet, ranging from classical music to hip hop to indie rock. If you play a popular song, you get points and become more popular among other Turntable.fm users. The company makes money by recommending songs for purchase on iTunes and other music services.

“We go to concerts together, we go to music parties, then the digital revolution came and everyone became isolated and alone,” Chasen said. “That hurt discovery. What we tried to do is bring that social value back to digital music.”

Turntable.fm now picks up around a million music streams every day, Chasen said. There are more than 300,000 “rooms” where individuals are playing songs, he said. Starting today, anyone in the United States can sign up and start playing without an invitation from a friend.

Chasen and his co-founder, Billy Goldstein, formerly worked on Stickybits, a bar code tagging program that was also funded. But Chasen and Goldstein decided to abandon that project after there wasn’t enough consumer interest in the product, he said.