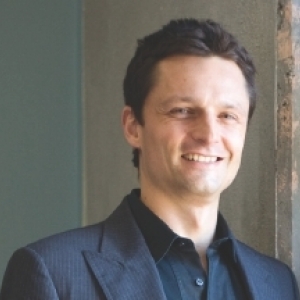 OneRiot, a startup that began in the real-time search space and morphed into an advertising network, has just been acquired by Walmart.

The deal was closed within 30 days of the Walmart team’s meeting the OneRiot folks.

“The OneRiot team will now be joining WalmartLabs, Walmart’s hub for the creation of new technologies and business models integrating social, mobile and retail for the next-generation of e-commerce,” OneRiot CEO Tobias Peggs wrote to VentureBeat in an email tonight.

As Walmart exec (and former Kosmix founder) Anand Rajaraman wrote on the company blog, “We’re doing some amazingly interesting and impactful work at the intersection of social, mobile, and retail. The technology at the core of what we do is the Social Genome, which enables us to connect millions of consumers with the best products based on their interests at any given moment. The OneRiot technology will enrich the Social Genome, and the OneRiot team adds to the already deep expertise we have around social data analysis.”

Earlier this summer, we spoke to Peggs at length about the death of real-time search startups. At the time, Peggs said of real-time search, “It’s everywhere,” said Peggs. “But now it’s a feature of fully fledged search, rather than a standalone product, which is what users want.”

OneRiot pivoted away from search toward the end of 2010 to become a mobile-social ad network, and Peggs was optimistic about the company’s new direction.

“If you think about what we did in realtime search, we found the content that was resonating with users on the social web right now, did some sophisticated processing of that data, and surfaced up a single piece of content,” he said. “We had a terrific team and really smart technology, so we thought, ‘How can we deploy both into a new field, fast?’ Here we are, 12 months later, as the leading socially targeted mobile advertising company. It was a good decision to pivot.”

We’re happy for the OneRiot team that their startup journey ended happily in a liquidity event.