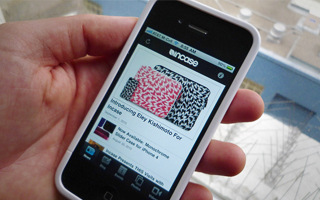 FieldTest is one of 80 companies chosen by VentureBeat to launch at the DEMO Fall 2011 event taking place this week in Silicon Valley. After our selection, the companies pay a fee to present. Our coverage of them remains objective.

If you’re not a developer, but you’ve got a great idea for a mobile app that you need to communicate to developers, investors and beta testers, FieldTest can solve your problems quickly and easily.

FieldTest is web-based, so there’s no software to download; just sign up and get to work on your world-changing mobile app.

“We kept seeing designers running into issues with their designs, like fonts being too small, colors not being right, tap areas being too small or critical views of an application missing,” Sanchez told VentureBeat in a previous exchange. “Additionally, a lot of time was being used trying to communicate an idea to developers, clients and potential users.”

Sanchez said his team created FieldTest so designers and other non-technical people could validate their ideas and get feedback as quickly as possible — and so developers didn’t have to waste time on throwaway code due to inadequate communication or changing app concepts. “Many people start their projects with images, so we’re hoping that layering interactions on top very quickly will help save people from a ton of headaches down the road,” he said.

Here’s a demonstration of how FieldTest works:

While the FieldTest team initially set out to build a tool for designers, it soon discovered that other people such as developers, entrepreneurs, and project managers wanted to use it. Designers are using the site as intended, but developers are also making and using the prototypes as a reference while in development.

“A developer will have the FieldTest prototype preview up right next to Xcode to make sure he’s accurately representing the vision of the designer,” said Sanchez.

Sanchez also told us that he’s seen visionaries using FieldTest to capture and communicate their rough ideas via sketches, then taking the prototype to others to see if their idea is worth pursuing. In some cases, entrepreneurs have even used FieldTest to show off their ideas to potential investors.

Project managers are using FieldTest to capture requirements from whiteboard and brainstorming sessions. The prototypes enable them to get feedback from clients and other decision-makers within minutes.

In a world glutted with mobile apps that are released early and iterated upon frequently, Sanchez thinks FieldTest can change the landscape in a way that benefits both app developers and end users.

“Nearly 20,000 applications are being submitted to app stores every month, but a ton of them could benefit from getting feedback early on,” he told us. “There are some experiences that are just plain unusable and for many, that’s unexpected… I think we could all benefit from having well designed mobile user experiences.”

Sanchez also points out that some of the most socially sustaining institutions, including medicine, education and finance, are being transformed by mobile technologies. “If we can assist someone in making an application better in a way that assists or changes a person’s world in any way, big or small, I think we’ve succeeded,” he said.

The FiledTest app is currently in private beta. During DEMO, the company will launch a public beta that includes an iPhone app, collaboration features and other features that go beyond the prototyping phase. The team is passively seeking funding but said building out FieldTest and its feature set is its main focus right now.