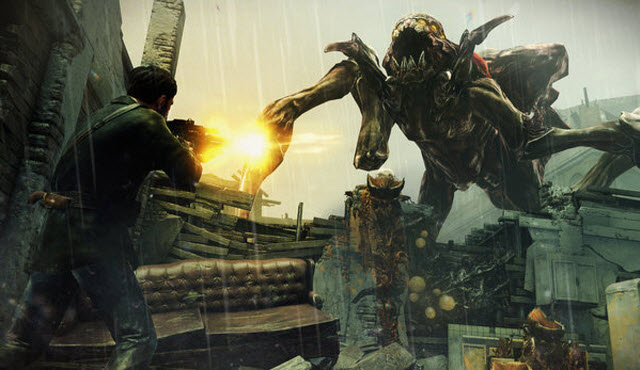 It takes me a while to finish games these days because this thing called work keeps getting in the way. But I managed to play Resistance 3 from start to finish on the PlayStation 3, and I’m glad I spared the time for it. Sony picked the early slot of the release of this game, kicking off the fall sales season. And it’s a great way to kick off a season of blockbusters on the consoles. 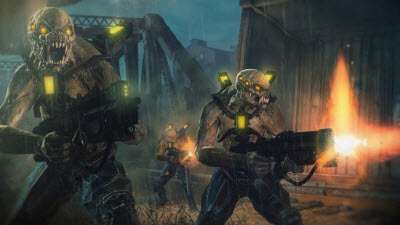 Sony needs exclusive games like Resistance, as it is still in third place in the console war and the series is one of its best-selling flagships in the sci-fi shooter genre that generates a huge amount of revenues in the video game market. Alongside titles like Killzone and Infamous, Resistance is the kind of title that brings gamers back to the PS 3, even after a debacle like the outage of the PlayStation Network. In an age of Farmville and Angry Birds, Resistance 3 shows that you can still have a hell of a lot of fun playing a single player console game for 10 hours or more. To me, this intense combat fest is the real kickoff to an incredible season of hardcore video games that will keep us all glued to our controllers.

The hallmarks of Resistance games include a deep story, a wide variety of weapons for dealing with a wide array of enemies, and outstanding 3D graphics that show off the rendering power of the PlayStation 3. This game series is often compared to Gears of War, Epic Games’ exclusive series for the Microsoft Xbox 360, because they are both state-of-the-art sci-fi shooters set in a post-apocalyptic world. Gears of War 3 is debuting almost at the same time, on Sept. 20, on the Xbox 360. I always thought that Gears was slightly  better because it had more compelling characters and stories that touched you emotionally. I mentioned this to Ted Price, head of game developer Insomniac Games, a few years ago and he acknowledged the story and characters could be better, and that they were working on it. And it turns out Insomniac finally got the storytelling part right in the third installment of Resistance. 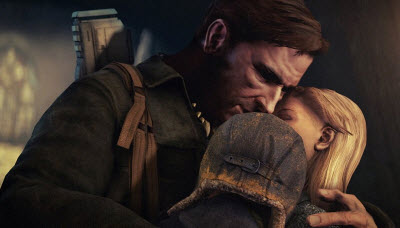 Getting the storytelling right

I’m still a little bleary-eyed from playing the game late at night, but this is what I remember about the story. It’s worth explaining because it gets to the heart of what is good and bad about the Resistance games. This game is the third in the series from Insomniac Games since Resistance: Fall of Man debut as a launch title on the PS 3. The first two games starred the main character Nathan Hale, who didn’t say much and shot a lot. The first game’s story begins in an alternate history in 1951 where World War II never happened and an alien civilization known as the Chimera invade and take over much of Earth. They recruit humans and use a biological virus to transform them into monster-like super soldiers, effectively turning the human population against itself in a war of extinction. Hale is alone in that he is resistant to the Chimera transformation. In the first game, he successfully battles the Chimera to a standstill in England.

With Resistance 2, released in 2008, Hale returns in a story set in 1953. The Chimera have managed to cross into North America and you have to fight in places from the California redwoods and the Golden Gate Bridge to a flooded and utterly destroyed downtown Chicago. Hale and his companion find a Russian scientist Fyodor Malikov, who has been studying the Chimera and has been experimenting on human subjects, including Hale, in an attempt to find a biological counter to the Chimeran virus. They fight the Chimera, winning small battles but always losing the war. Hale is a badass, and the missions in the game relate to how he can play a role in stopping Chimeran virus from spreading.

The action unfolds in a variety of places like Louisiana, the last outpost of human resistance in the U.S. By the end of Resistance 2, Hale delivers a big blow to the Chimera but he dies at the end of it. Corporal Joseph Capelli, a newcomer character in the game, shoots Hale at the end as a kind of mercy killing, since the hero finally succumbed to the Chimera virus.

It seems risky to get rid of the main character in the third installment of a game series. But Insomniac pulls it off because it has set up the story well. In Resistance 3, things have only gotten worse for the human race, which has resorted to guerrilla warfare in fighting the Chimera. Roughly 90 percent of the human race is gone.

The game starts in Haven, Okla., where Capelli and other human survivors are happy to simply let Chimeran patrols pass through their town unharrassed. It is 1957, and America has lost. Capelli has been dishonorably discharged for shooting Hale.

Capelli has a wife and son to protect, and in the storytelling cut scenes in between the action, Insomniac’s developers take pains to make you care about the plight of the family and the overall human condition. Capelli’s son loses a mitten, and Capelli keeps it with him as his only reminder of the boy. The mitten comes back a couple of times later.

The Chimera are now busy turning the planet into goo by firing giant energy weapons, or terraformers, from the sky. As the Chimeran terraformers come to destroy the town, Capelli has to make his choice. Stay with his family to personally protect them, or accompany Malikov on a trip to New York in a last-ditch, crazy effort to turn the tables against the Chimera.

From then on, it’s one harrowing firefight after another. The game introduces new characters as you move from town to town on your way to New York. Capelli and Malikov start alone on a creepy boat ride on the Mississippi River. They are attacked again and again. In St. Louis, Capelli meets with a group called The Remnants, or human survivors who are fighting the Chimera and have a nice VTOL helicopter/airship. Charlie Tent, the leader, is an Elvis-like character who is the most interesting sidekick in the game. He is mercenary at first, helping out only when Capelli does him a big favor first. But once Capelli saves his life, Tent becomes a loyal friend. Tent provides a little cheerfulness, but in the 10-hour-plus game, I don’t recall any humor. That’s pretty relentless, in terms of the downbeat tone.