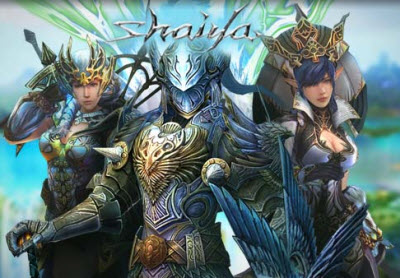 Web gaming maker Aeria Games said today that its free-to-play online games have an audience of 23 million “power gamers.” The company is also moving into mobile games with the acquisition of an as-yet-unnamed upcoming title from Punch Entertainment.

Aeria Games has also hired a team of Android developers from Punch Entertainment, which was recently acquired by mobile game network firm DeNA. The mobile game team will be part of the company’s growing mobile games studio.

The growth numbers are the first that Aeria Games has shared in some time, and they show that it has quietly gained momentum for its active and growing community of users. The numbers are impressive in part because most of the attention in the game industry has fallen on Facebook and mobile game startups, not companies such as Aeria that are publishing games on the web.

Like rivals such as Gameforge and Bigpoint, Aeria Games targets hardcore and semi-serious gamers, which it calls “power gamers.” The company has more than 30 online games and a worldwide reach into territories such as Europe, Latin America, North America and Asia. With the addition of the new team from Punch Entertainment, Aeria Games now has more than 250 employees. The games range from first-person shooters to massively multiplayer online role-playing games. Some of its top games include Eden Eternal and Shaiya (pictured at top), both of which are MMOs. Aeria Games offers downloadable games, but it has offered some no-download browser-based games as well.

Lan Hoang, chief executive of Aeria Games, said the company’s strategy of targeting power gamers has paid off with a growing pool of users and an “extremely strong average revenue per user.” In the company’s free-to-play games, users play for free and pay real money for virtual goods. Hoang said the company will continue to form new partnerships and grow its development teams.

Founded in 2006, Aeria Games operates its own game web site with what it describes as “immersive online games accessible from PCs, browsers, tablets and smartphones.” The company is self-funded and offers multiplayer gaming and active community support. Hoang and his friend Terry Ngo, a friend from Stanford University, started the company after watching game trends in both Japan and Silicon Valley.