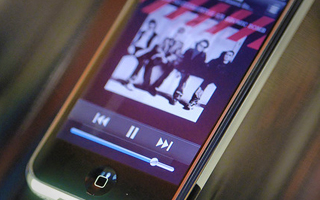 Samsung may be gearing up for a massive, anti-Apple offensive as the iPhone 5 release date draws nearer.

Sources inside Samsung reportedly told AppleInsider that Samsung will take Apple to court the minute the iPhone 5 is released in Korea and maintain a firm line, especially since the electronics manufacturer is not only a rival of Apple’s but also a vendor that provides important hardware components for the iPhone.

“As long as Apple does not drop mobile telecommunications functions, it would be impossible for it to sell its i-branded products without using our patents,” one anonymous Samsung executive told the blog. “We will stick to a strong stance against Apple during the lingering legal fights.”

Yet another executive said Samsung will be “taking different tactics” legally speaking, especially since the company is more positive of the strength of its position. This person noted the ongoing Apple-versus-Samsung patent warfare going on in Germany over the Galaxy Tab 10.1, saying that an eventual victory in Germany would be seen as a huge step forward.

The Samsung-Apple legal entanglements began back in April, when Apple first sued Samsung over the Galaxy line of smartphones and tablets. In typical patent law fashion, Samsung immediately countersued, stating that Apple was actually infringing on five of Samsung’s patents.

During this lawsuit, Samsung had requested to see iPhone 5 and iPad 3 units, ostensibly to continue investigation of patent infringement claims. However, the request was rejected by the judge.

In addition to the aforementioned injunction and lawsuit in Germany, Apple and Samsung are also battling it out in Japan, where Apple is trying to get the Galaxy line banned, and in France, where Samsung recently filed three patent complaints against Apple.