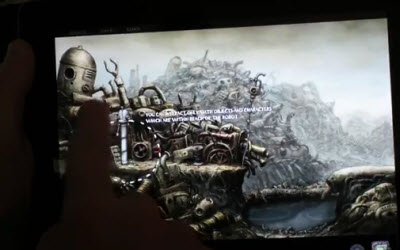 Adobe is finally enabling 3D games inside its Flash media player and its Adobe Air software with the next release of its technology coming in October. If it works right and becomes popular among game developers, then it could help developers create eye-popping 3D graphics for consumers on smartphone, tablets, and online game platforms. The goal is to get 3D to a billion online players.

Andrew Trice, evangelist at Adobe, said the technology is easy to integrate with social features on Facebook and it can lead to the creation of console-quality games on platforms where it just isn’t possible to make the coolest graphics today. The new Adobe Flash Player 11 and Adobe Air 3 will also enable better media and data-driven applications. The hope is that Adobe can live up to its vision as “the game console for the web,” mainly by creating a platform that allows developers to lift the quality of Facebook and mobile games.

The technology from San Jose, Calif.-based is expected to enable cool apps across platforms including Android, Apple iOS (via Air), BlackBerry Tablet OS, Mac OS, Windows, connected TVs, and other platforms. Media companies can use it to deliver protected feature-length cinema-quality high-definition video through the web, in mobile apps, and even with surround sound for connected TVs.

Flash and Air create a single entertainment platform that stretches across devices, Adobe said. The new features in Flash and Air enable a wide variety of special effects. Those include hardware acceleration. In the past, Flash relied on the central processing unit, not the graphics chip built into most machines. So it ran slow and couldn’t run 3D animations fast. Now it will be able to render 2D and 3D graphics 1,000 times faster than Flash Player 10 and Air 2.

Developers will be able to animate millions of objects in a 3D scene with smooth 60 frames per second animations. A production release is expected in the new future. Examples of 3D games are listed here.

“With this milestone release Adobe pushes the envelope of what is possible on the web with a typical PC and opens up a new world of immersive, high-performance gaming experiences,” said Danny Winokur, vice president and general manager of Platform, Adobe.

Air will have native extensions, which will allow developers to more easily create apps that tap into the full power of hardware on smartphones and tablets, such as light sensors, vibration control, dual screens and other features. With the Captive Runtime feature, developers can automatically package Air 3 with their apps to simplify installation on Android, Windows, Mac OS and Apple iOS. Users won’t have to separately download Air.

Premium content can now be protected using Adobe Flash Access 3 across all supported platforms. The HD quality will be good and Flash will have support for rental and subscription transactions. Various executives in the game industry said they were excited about the technology. Developers would rather create their games once and have them run on a large number of platforms, rather than repurpose them for each device.

Mark Vange, chief technology officer at EA Interactive, said that the ubiquity of Flash helps EA bring games to the wides number of platforms and devices. Cadir Lee, chief technology officer at Zynga, said that Zynga is committed to building mainstream entertainment across all platforms, devices and applications on either Flash or HTML5, the main competitor to Flash. The question is whether it will truly be fast enough to handle the rendering, but the hardware acceleration should solve that problem.

By year end, Adobe expects more than 200 million smartphones and tablets to support Flash-based apps via Adobe Air. By the end of 2015, the number of devices supported by Air will likely exceed 1 billion, the company said. Pictured at the top is Machinarium, a Flash game built by Amanita Design.