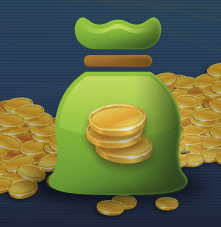 Sometrics, with 450 games and an audience of 225 million gamers in 200 countries, is a smart acquisition for Amex. Sometrics has moved more than 3.3 trillion units of virtual currency through its payments platform. The company has a virtual currency exchange with Facebook as well as partnerships with many of the world’s largest game publishers, including Playdom, PopCap, Habbo and IMVU.  Sometrics’ technology platform supports more than 80 different payment options.

“American Express is a 160 year old company that’s innovating quickly with a closed-loop system,” Sometrics CEO and founder Ian Swanson tells VentureBeat. “We’ve been in communication with Amex for a while  and, from the beginning, we were incredibly impressed with their leadership. It’s rare to find a large company that prides culture and innovation. We asked every one of our employees and investors if they would want to do this — be a part of Amex — and they said absolutely.”

It’s probably pretty fun for a company like Sometrics to get involved with Amex, which is playing catchup in the realm of mobile payments. Being somewhat of an underdog, Amex is going to be open to the Sometrics team’s input and ideas. Amex’s progress has fallen behind Goliaths like Visa (partnering with AT&T, Verizon and T-Mobile on a mobile wallet called Isis, which is due to launch next year), Microsoft and Google. There’s also competition from determined underdogs like Square, Paydiant, and Pago (shout-out to New Zealand-based startups!).

“We are in a mode of building out our capabilities within the Serve platform,” says Jason Hogg, president of Amex’s Serve Enterprises in an interview with VentureBeat. “We were really impressed with the management team at Sometrics. This is an intellectual acquisition for us as well.”

Hogg’s company, Revolution Money, was acquired by Amex in 2010 for $300 million. It’s another example of Amex’s intellectual acquisition plan. Revolution Money would become the foundation for Serve, Amex’s mobile digital payment platform. Sometrics’ virtual currency and loyalty program will integrate with Serve making it possible for customers to purchase virtual currencies for hundreds of games and participate in loyalty programs. Last month VentureBeat’s Jolie O’Dell gave us a look at Serve in action.

Neither Sometrics nor Amex will disclose details about the split between cash and stock. Previously Sometrics raised $6 million in funding from the Mail Room Fund, which is an investment group composed of the William Morris Talent Agency, Accel and Venrock, as well as AT&T, Greycroft Partners, and Steamboat Ventures.