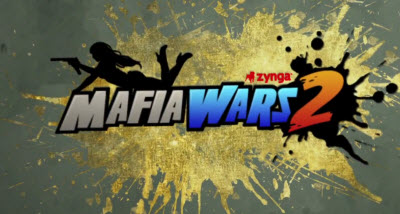 Zynga only just launched its Adventure World game on Facebook. But now the company is moving quickly to unveil another game that is core to its future growth: Mafia Wars 2.

Zynga has more than 2,500 employees as a result of making an acquisition a month for more than a year, so it’s not a complete surprise that it can launch new games at a fast pace. The real question is, why now? The answer may be a combination of things: more games are coming out of the pipeline, and Zynga has to launch more games to deal with reinvigorated competition on Facebook.

Mafia Wars originally launched in 2009, when Facebook was still young as a game platform. In the game, you can team up with your friends to form your own mafia and complete tasks (such as taking out your real-world friends in rival mobs) to gain rewards and strength. It is one of the early free-to-play games on Facebook, where users play for free and pay real money for virtual goods.

To keep its initial public offering on track, Zynga needs to show consistent performance and continuous growth. That isn’t easy to do, given that the company can easily gain or lose 10 million monthly active users in a week.

Whatever the motivation for announcing Mafia Wars 2, there is no question Zynga is moving fast. Zynga launched its combat social Empires & Allies game in June. And it launched its Adventure World game on Sept. 8. It also launched its latest expansion to FarmVille, one of its most popular games, dubbed Lighthouse Cove. The expansion allows FarmVille players to farm in a coastal village town.

Meanwhile user numbers have been slipping on some of Zynga’s titles. On Sept. 8, the company had 275 million monthly active users, according to AppData. Now the company has 268 million. Zynga’s most popular game, CityVille, has fallen from 100 million users to 74 million. Meanwhile, Electronic Arts has come out of nowhere as it launched The Sims Social on Aug. 18. Before that game, EA had only 29 million monthly active users on Facebook. Now it has 93 million. That’s a huge swing. Meanwhile, Wooga has also grown quickly to 41 million users. And rivals such as Playdom, 6waves Lolapps, CrowdStar, and King.com also have a lot of users.

To stay ahead of that pack, Zynga has to start taking more shots on the goal. Zynga’s original Mafia Wars had more than 28 million users at its peak, but it has since sunk to about 5.1 million.

Here’s a video preview of the game.