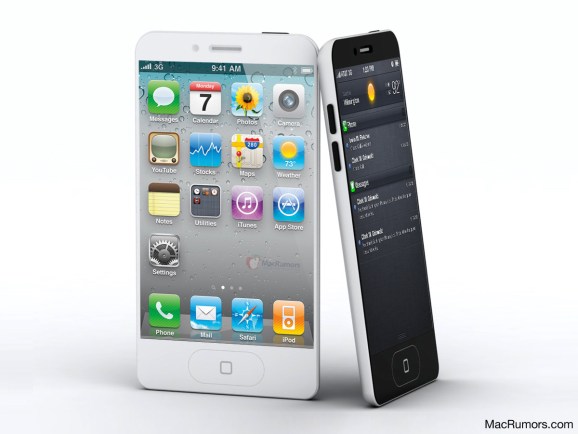 An executive from the country’s fourth largest wireless carrier, T-Mobile, said the company won’t be getting the iPhone 5 this year, according to a leaked internal document obtained by Tmo News.

Right now, T-Mobile is the only carrier that has not confirmed Apple’s iPhone will launch on its network.

According to the document (a transcript from a recent Town Hall meeting at a T-Mobile field service center), T-Mobile’s chief marketing officer, Cole Broadman, claims that the carrier will not “get the iPhone 5 this year”.

The news doesn’t necessarily mean that another model of the iPhone won’t debut on the network soon. Both the current iPhone 4 and the rumored iPhone 4S upgraded model do have a chance to appear on the network in time for the lucrative holiday shopping season.

It’s highly likely that an iPhone will land on T-Mobile. Back in April, it was revealed that Apple was testing out the iPhone on T-Mobile’s network with prototype devices. Also, T-Mobile admitted that it was hosting over a million unlocked iPhone devices on its network in June, which was made much easier after Apple began selling unlocked versions of the phone.

T-Mobile responded to us with the following statement, which includes a curious mention of news the company plans to announce next Monday:

“We don’t comment on rumors.  We remain focused on expanding our portfolio of 4G smartphones.  We look forward to sharing on Monday, news about our latest and greatest product lineup.”