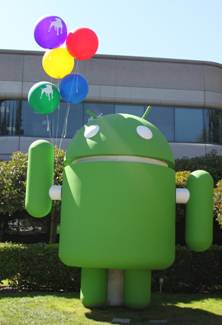 Zynga keeps spreading its bets around. It announced today that it is launching its Hanging With Friends game to Android mobile devices. The title is the fifth that the social game maker has launched on Android in recent months.

The strategy reflects an accelerated release schedule for San Francisco-based Zynga, which hopes to go public in an initial public offering. To diversify beyond Facebook, Zynga has been moving into mobile games. But it isn’t clear how big a piece mobile revenues are for Zynga, which is the largest maker of Facebook games. Zynga now has five games on Android, five on the iPad, one on the mobile web, and 13 on the iPhone.

But mobile games aren’t yet the same kind of gold mine as Facebook games when it comes to monetization. And on the iPhone and Android, competition is fierce, with hundreds of thousands of titles competing with what Zynga offers. Among the rivals in mobile are Electronic Arts, Glu, and MindJolt. Zynga’s twist on mobile is to always offer social functionality.

Starting today, users can download the game for free from the Android Market. In the game, players take turns guessing words in a revamped version of Hangman. David Ko, chief mobile officer at Zynga, said the company is committed to offering mobile social games across multiple platforms. In the end, this game probably won’t determine whether Zynga can do an IPO or not. But it could make some Hangman enthusiasts happy.