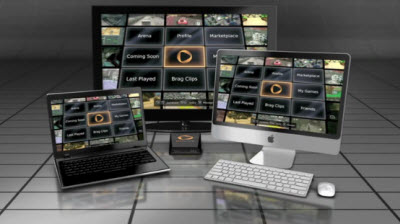 The service rolling out in the UK is much more advanced than the original game streaming service that OnLive launched in the U.S. Now it has more than 150 games and is available on web-connected TVs, PCs, Macs and tablets. With OnLive, you can watch others play games, play live demos without downloading, and log in from just about any computer.

“It’s a much more complete service that we have now,” said Steve Perlman, chief executive of OnLive, in an interview. “We’ve got a mature service. Basically, OnLive is coming into its own as a major platform.”

OnLive is launching the service at the Eurogamer Expo in London, where attendees can get a free Onlive Game System. As a special promotion, OnLive is offering the first game that someone purchases available for the price of one pound. Normally, users pay 40 pounds for a new game. OnLive computes games in the cloud, or web-connected data centers, and then streams the game imagery to the user’s computer. With this streaming system, users don’t need high-end computers, disks, or downloads. They can log into the system and play games as if they were using any other cloud-based service.

OnLive is partnered with BT, the UK’s high-speed broadband provider with 11 million customers. BT is offering a promo deal for its customers, including three months of free access to 100-plus OnLive PlayPack games, which are available for a monthly subscription fee.

OnLive also has a new partnership with Game Group, a big game retailer. Game Group will market OnLive to millions of its customers across the UK and Europe. It will also sell the OnLive Game System (which you need if you want to stream games to a TV instead of a PC), the OnLive universal wireless controller, and the online game service digital offerings. Game Group has 615 stores in the UK.

That is an interesting alliance since GameStop, the major U.S. retail chain, is directly competing against OnLive, even to the point of pulling its coupons from the recent Deus Ex Human Revolution game boxes. OnLive has more than 50 publishers, who can reduce costs and keep more revenues in their own pockets by distributing games digitally through the service. Of the 150 games coming, four of them are from Electronic Arts, which previously did not supply games for OnLive.

After the promos are done, users can buy games for as little as 1.99 pounds or sign up for a PlayPack subscription at 6.99 pounds a month.