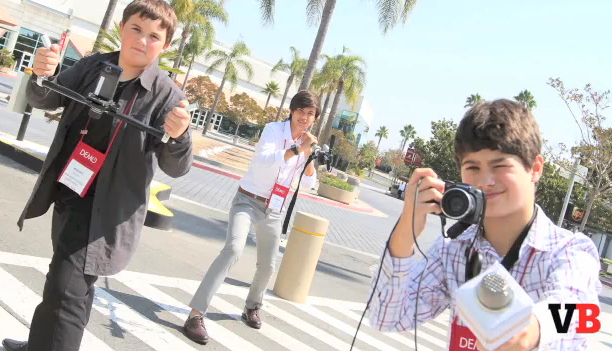 While attending the 2011 Fall Demo conference in Santa Clara, I was startled by the sight of a young man helping himself to coffee in between interviews with startup founders and venture capitalists in the conference Green Room. It’s my job to drink coffee and do interviews. What’s more, he was way better dressed than me. Feeling threatened, I went to tower over him in my four inch heels.

That young man was 12 year-old Vincent of The Intek, a Seattle-based tech blog created by three teenagers. Their “den mother” was always close behind, taking pictures the way moms tend to do, as the young men toured the conference hall and dug up stories. They had a great sense of who to talk to, and looked people in the eye as they shook hands.

Vincent, who swears he likes coffee but I don’t believe him, told me he learns way more attending tech conferences than he does in school.

“I mean, who cares how a plant grows from a seed?” he said. I took him by the ear and told him biology is way more important than location-based apps. He shrugged, as teenagers do, and took another sip of coffee.

Alexa Lee followed them around a bit and shot this video of The Intek in action.