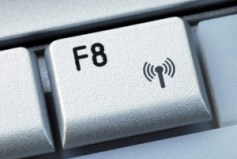 Facebook was the talk of the day with chief executive Mark Zuckerberg’s f8 conference keynote speech and the announcement of many new features being added to the Facebook platform.

Those features included the new Timeline, a history of your activity on Facebook, which for most is a record of high school and college years all the way to marriage and work. New ways to find content through friends was also in the mix. You can now click songs friends are listening to, watch television shows and read articles as your social graph develops.

We chatted about the new features and whether they harm or improve the Facebook experience. Check it out:

Side note: Ginkgo Biloba, noun, an extract of the leaves of the ginkgo (Ginkgo biloba) that is used as a dietary supplement and is held to enhance mental functioning by increasing blood circulation to the brain.