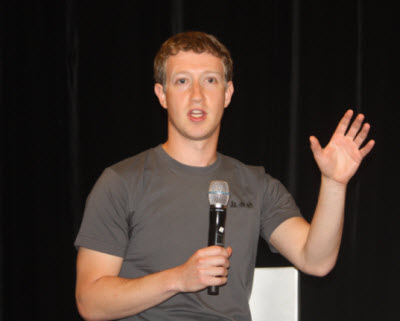 Facebook made its power move to capture everything about your life today. In a keynote speech at Facebook’s f8 developer conference today, Facebook CEO executive Mark Zuckerberg talked about how to make the social network indispensable to the recording of our memories, the big moments in our lives, and our interactions with friends.

What Zuckerberg didn’t say about this move is that it is also a huge power grab. If Facebook successfully captures all of this data, it can make itself a far more integrated part of your life than other companies such as Google, Microsoft or Apple. If you ever decided to switch from Facebook to another social network, it would be incredibly hard to start from scratch.

Facebook already has an advantage in terms of indexing the moments and connections in your life, which is why it has more than 800 million users. But now it will get its hooks in even deeper by capturing your past and your tastes. The company will collect more data than ever, if you allow it, and it will offer you enticements to share that data. It can, for instance, take your information and mine it for useful nuggets. It can give you back statistical information about your behavior that you didn’t know about.

Zuckerberg announced a new feature called Timeline, which takes your news feed and other interactions, and presents them in a single stream that extends back as long as you’ve been on Facebook. It is meant to show your friends and family what you have done in your life at-a-glance, and to be the digital equivalent of a scrapbook.

“You can see everything you have ever done in any app,” said Bret Taylor, one of Facebook’s top executives.

To do that, Facebook has to move from just showing what you are doing now, to turning that information into a whole, browsable history. That means it has to change how it stores your data, which could raise privacy concerns. But if Facebook manages it properly, it could work its way into your life in a way where you won’t want to get rid of it.

Facebook had to re-engineer its archive system and back-end infrastructure because of Timeline’s need to access a lot of data from the past, said Mike Schroepfer, vice president of engineering at Facebook. Facebook has the relevant data in archives that are almost never accessed by users now, so it has minimized the amount of computing power dedicated to make retrieval fast. But now, users are expected to dip into the data of their past all of the time.

Facebook is also working its way into collecting more and more data that you wouldn’t otherwise keep, like interactions with friends, the games you play, the movies you see, the music you listen to and other minor things you wouldn’t normally think to track. Now Facebook will be able to track so much that you’ll be one of the people who can have a “quantified self.” The quantified self is the practice of tracking, indexing and analyzing as much data about your daily activities as possible. You’ll know, for instance, how often you have read your favorite book.

If there was any doubt that Facebook is a data mining company with a lot of “big data,” that ended today.

Sam Lessig, the Facebook leader in charge of Timeline, said that you can hide things or highlight things in your Timeline, so there are some things about your life you don’t have to record. He said that a Timeline can include highlights of your life, where you can put a “star” to indicate one of your favorite moments, and then that will blow up into a big section on your Timeline. Lessig said it would be really boring to see that “Sam listened to Rihanna” over and over again on your Timeline. But it would be a “great story if it said you listened to Rihanna 580 times last month,” Lessig said in an interview.

“When you think about all of the stuff that is on Facebook, about 99 percent of it isn’t on your profile page,” said Chris Cox, a Facebook executive, who said the company worked on the Timeline project for about a year.

Topics like the quantified self have been under research by people such as Microsoft’s Gordon Bell for years. Cox said that the company knew as far back as 2005 that a “social timeline” would be cool, and it had a feature like that. But Cox said it was inspiring to hire Nicholas Felton, an artist who quantified all of the play and work time in his life and recorded it in a very artistic way.