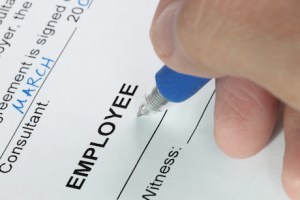 Daily deals company Groupon is in the bad-news spotlight again, this time due to a class-action lawsuit filed last month on behalf of its current and former employees. The lawsuit alleges Groupon failed to pay its account executives overtime, and later paid overtime at an incorrect and illegally low rate. The suit seeks substantial back wages, liquidated damages and attorney’s fees.

It is not surprising that Groupon is being tagged for not complying with the wage and hour laws — these types of “wage and hour” class action disputes are some of the most common labor and employment lawsuits out there. Groupon itself correctly notes that the lawsuit is “similar to the class-action lawsuits filed against Cisco, Salesforce, Nortel and countless others.”

The fact that these troubles are so common is why entrepreneurs and small businesses should educate themselves on how to classify employees. It could prevent legal issues down the road.

The difference between exempt and non-exempt

Many companies don’t understand when to properly classify employees as exempt versus non-exempt, and consequently whether to pay overtime. Most think all you have to do to avoid paying overtime is make an agreement with the employee to pay them on a salary basis. While a salary basis test is part of the requirement to make an employee exempt from overtime, that is just a small part of the analysis. Startups are particularly susceptible to this, as staffing is constantly in flux, employees work long hours, and entrepreneurs are still learning the ropes as they go.

“Exempt” is shorthand for “exempt from the obligation to pay overtime.” The most common mistake companies make is to jump on the all-employees-are-exempt bandwagon. Not only do companies do this to avoid paying overtime, but they can also avoid certain recordkeeping requirements and minimize the administrative burden associated with tracking overtime. It’s no wonder that employers want an all-exempt workforce.

The reality is that employees can’t be randomly designated as exempt; they have to satisfy certain challenging criteria. Professional, executive and administrative workers, as well as outside salespeople on commission, may be exempt from earning overtime. However, there are numerous factors and complex nuances involved. For example, tech companies may be surprised to learn that software engineers don’t typically fit into the professional, executive and administrative exemption, and they are almost always hourly workers entitled to overtime pay.

Can’t we all just get along?

Although some companies deliberately misclassify employees, many find themselves out of compliance simply because they’re unclear on the rules — an easy and extremely common mistake (though not always to the degree claimed). The federal government tacitly acknowledges this confusion; U.S. Secretary of Labor Hilda Solis is currently working on new regulations to make the exemptions clearer.

At startups, entrepreneurs and their employees often see themselves as part of a tight-knit group of friends, where relationships are so collegial that no one can conceive of something as unpleasant as a lawsuit. That is, until it actually happens. If you believe that your employees are like family and would never sue you, recall that families sue each other all the time. Remember Kramer vs. Kramer?

Many fast-growing tech companies will eventually face a wage and hour lawsuit (although hopefully, not a class action suit), depending on how early they catch any employee misclassifications. And the bigger the company, the more employees are potentially misclassified — one reason why most wage and hour lawsuits are class-actions.

Once a company has been hit by a Groupon-style lawsuit, it could be on the hook for back overtime, failure to provide proper rest breaks, meal periods and paystubs, and other damages. However, one of the sleeper issues is that the company has almost certainly failed to properly accrue the correct wage liability. In other words, a wage and hour lawsuit casts doubt on its accounting and disclosure practices, a major mess for any company looking for investors, trying to close a funding round, or preparing to go public.

To make matters worse, as an evidentiary matter, employers usually have neither created nor kept records of employee hours, and therefore have no basis for rebutting evidence put forth by plaintiffs in the lawsuit. Wage and hour lawsuits are popular in part for this very reason. In contrast, it’s easy for employees to recreate or even manufacture claims of days and hours worked, since employers were likely not keeping track. If the company didn’t understand overtime regulations before, it will soon learn the lesson in a painful and expensive way.

Where do we go from here?

Companies that suspect that they may be non-compliant with wage and hour laws sometimes do an internal audit to identify the issues and correct the violations. However, if they’ve already been served with a lawsuit, the typical response is to attempt to defeat class certification, or to winnow down the class to the smallest possible number of people and then quickly resolve the claim by paying off the liability. This strategy is commonly employed because wage and hour lawsuits subject the company to the risk of paying the plaintiffs’ attorneys’ fees if the plaintiffs prevail on the matter, a substantial expense if the case drags on. 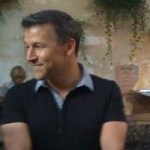 Gary Gansle is a partner at the law firm Dorsey & Whitney in the labor and employment department. Gansle works out of Dorsey & Whitney’s Silicon Valley office, which specializes in working with tech startups.