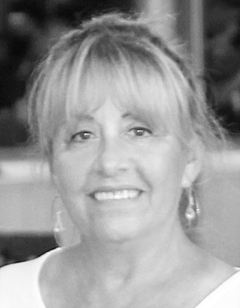 Samir Arora, Glam’s chairman and chief executive officer, described Seeley as “one of the top Silicon Valley CFOs,” due in part to her extensive experience at Apple, where Arora also previously worked.

“Apple really has one of the best operationalized businesses in the world. There are very few companies that do the types of business globally that Apple does,” Arora told VentureBeat.

“What really impressed me on top of that is that she’s been at three public companies,” Arora said. Seeley has held CFO roles at Quantum Corporation, Palm Source, Access Co. Ltd and Occam Networks. Seeley replaces Bruce Jaffe, who joined Glam as CFO in May, 2010. Jaffe remains at the company, with other duties.

Glam is a content and media company focused on women but with increasing ambition and a variety of vertical sites: Glam.com for women, Brash.com for men, and Bliss.com for health and wellness. It works with a network of 2,500 publishers to match content with display advertising and with users.

It seems likely that the move positions Glam for an IPO in the next quarter or two, although the company would not confirm this fact. Other companies that have hired CFOs recently include Yelp and Zynga, both of which are also on track for an IPO.

Glam recently acquired Marc Andreessen-backed social network service Ning, increasing its reach to 240 million unique viewers, according to Glam. That makes it the second-largest social network after Facebook, Arora said, which has 800 million. Arora also added that it has the third-largest number of registered user profiles, at 100 million, after Facebook and LinkedIn.

Glam has 450-500 employees worldwide. It is based in Brisbane, Calif. Investors include Information Capital, Accel, Draper Fisher Jurvetson, Walden Ventures, Hubert Burda Media, GLG and Aeris. The company raised $50 million at a reported $750 million valuation in its most recent round, in February, 2010.